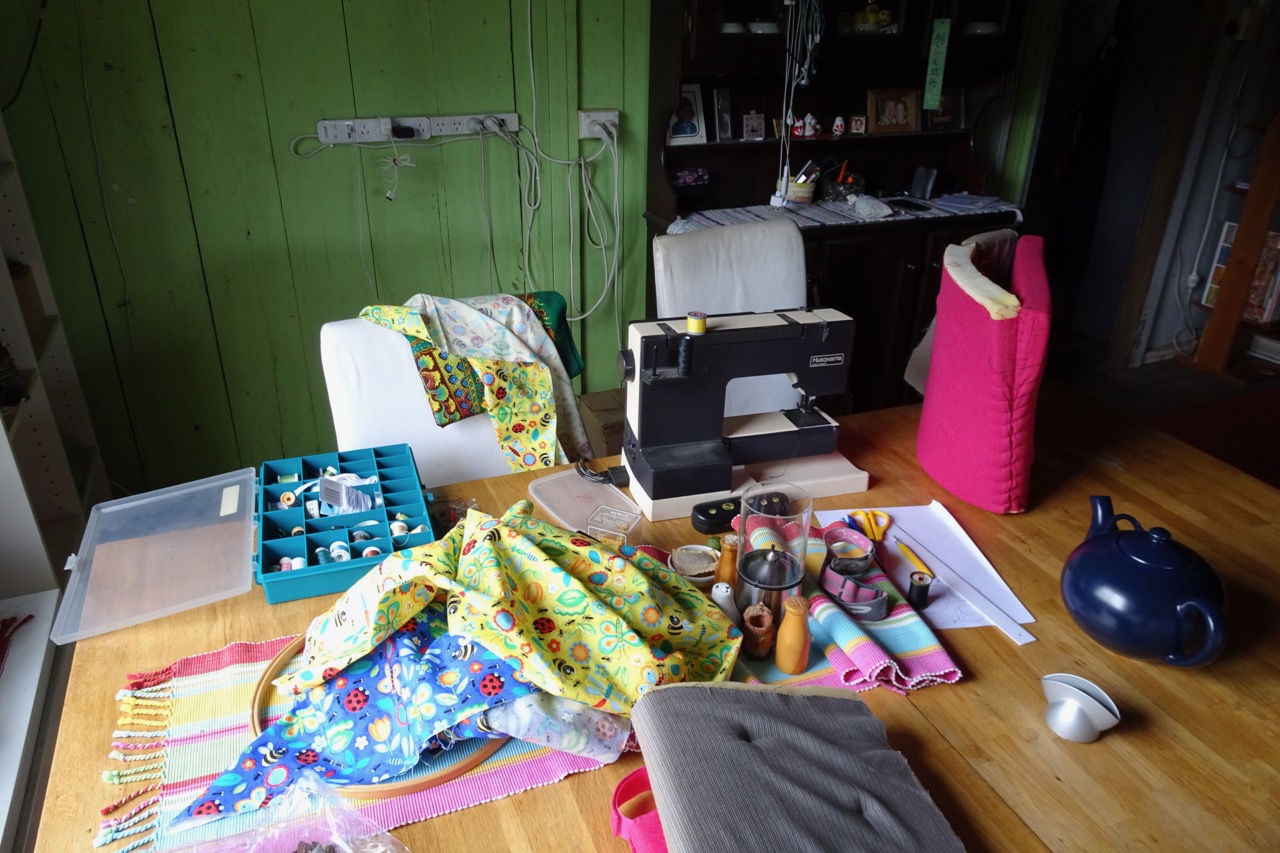 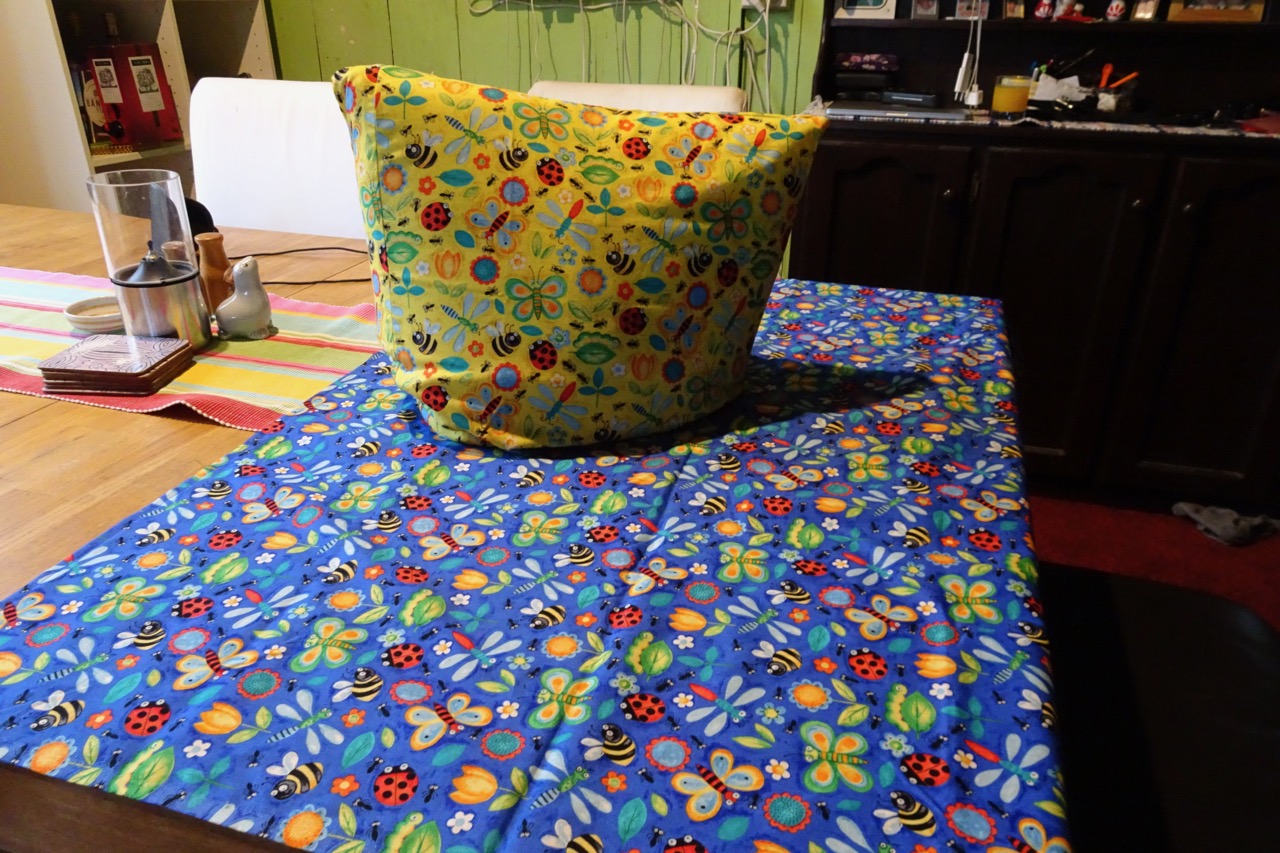 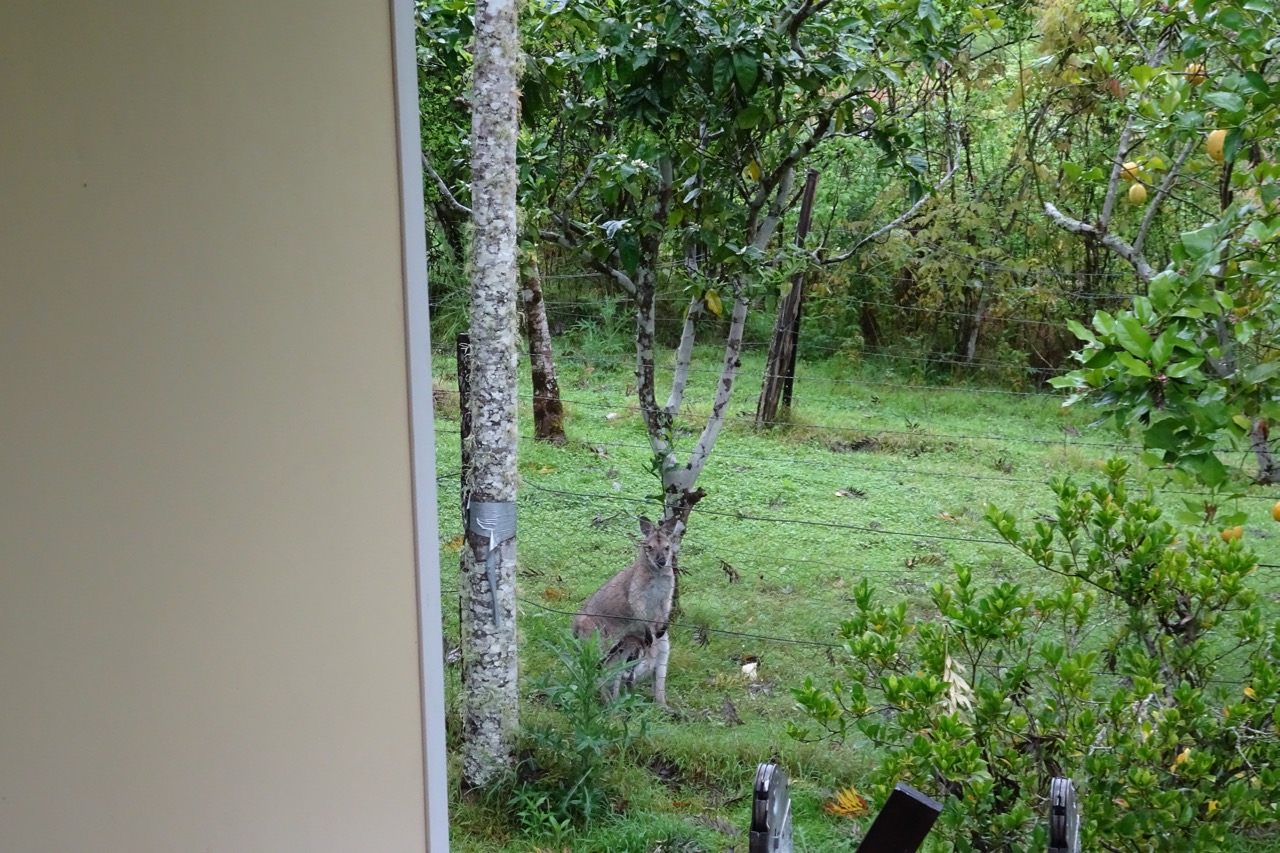 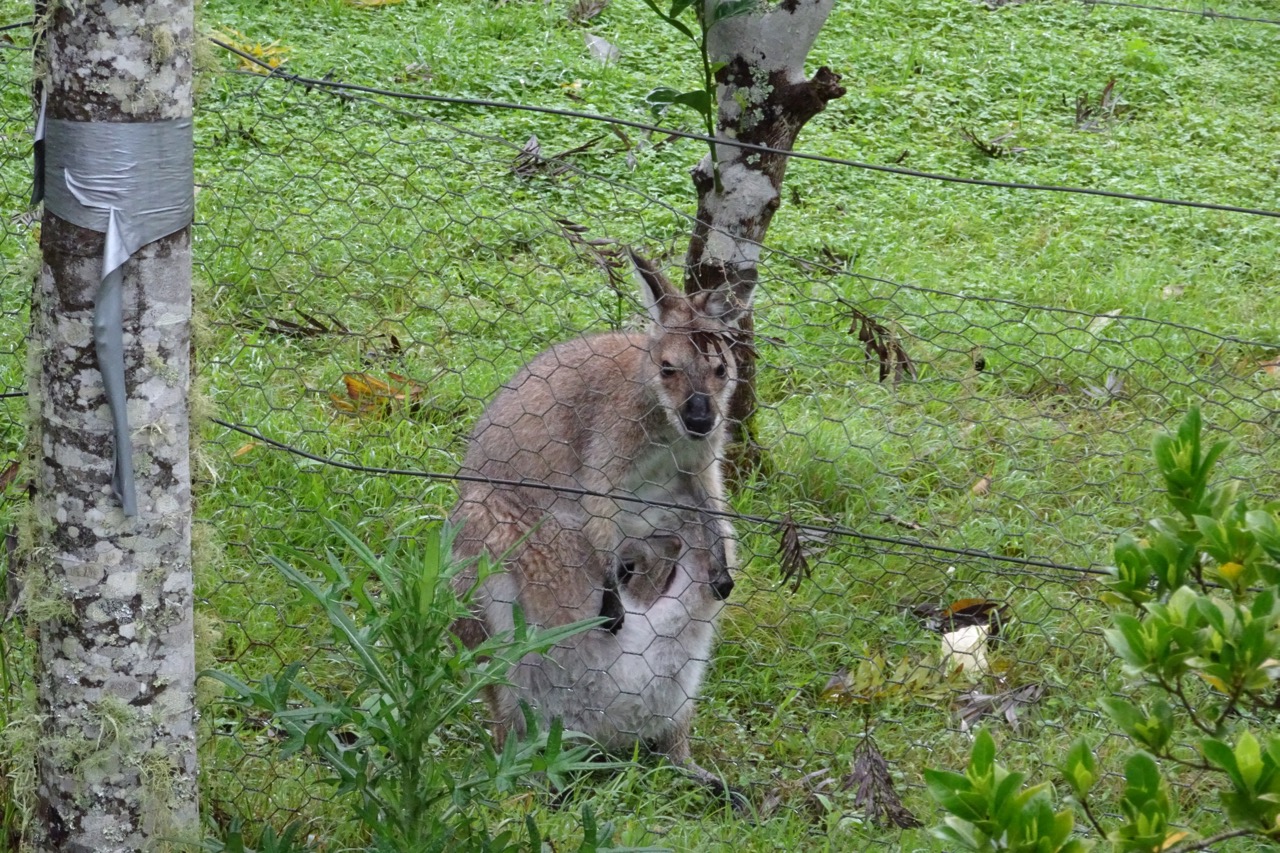 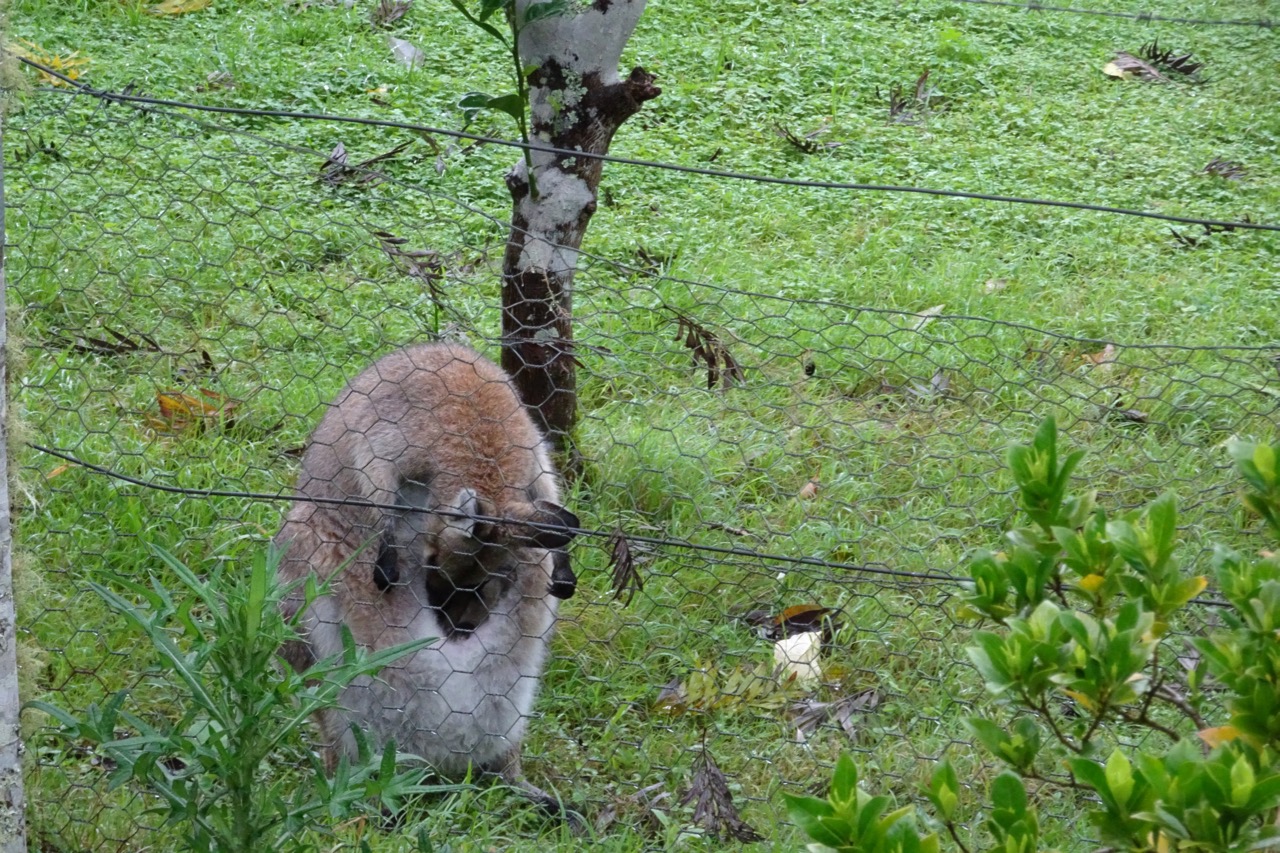 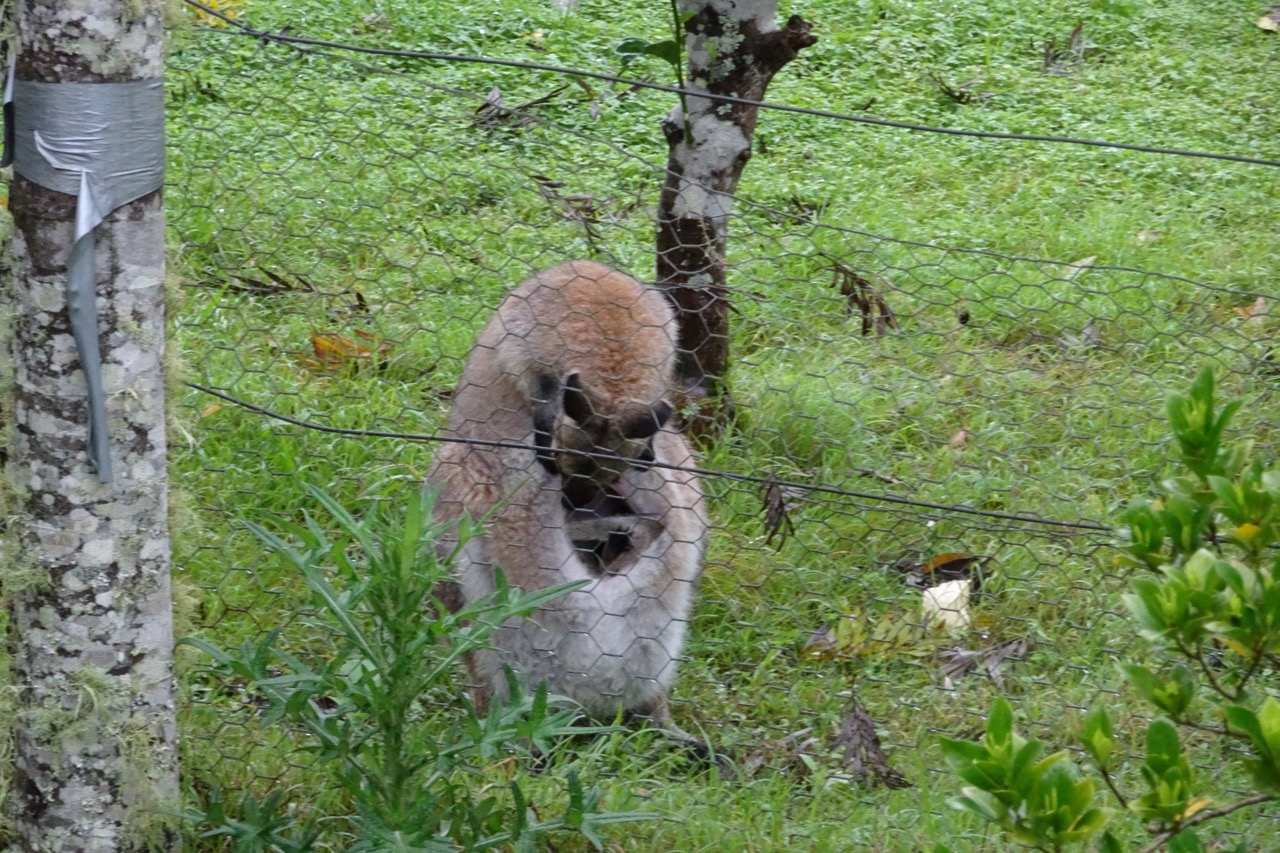 Packade ryggan för en tur till Postmansbäcken. Ska vi köpa en gräsklippare eller traktor? Packed a backpack with lunch and water and brought secateurs and the machete. Off up and down to Postman’s Creek to see what we could use a tractor for down there. Maybe useful for making paths or small roads… or maybe not. Do we only need a slasher or will we want a tractor later on and will regret just buying the slasher/mower? 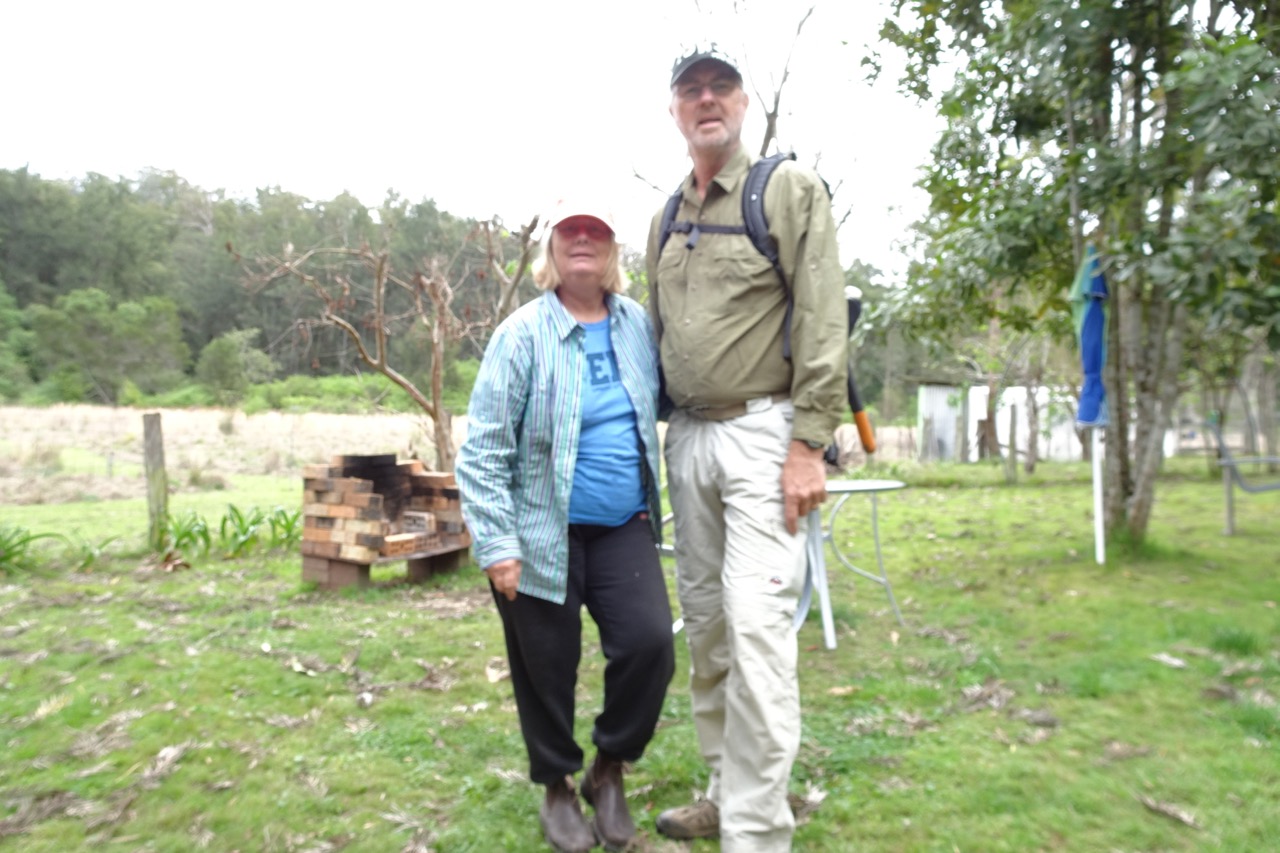 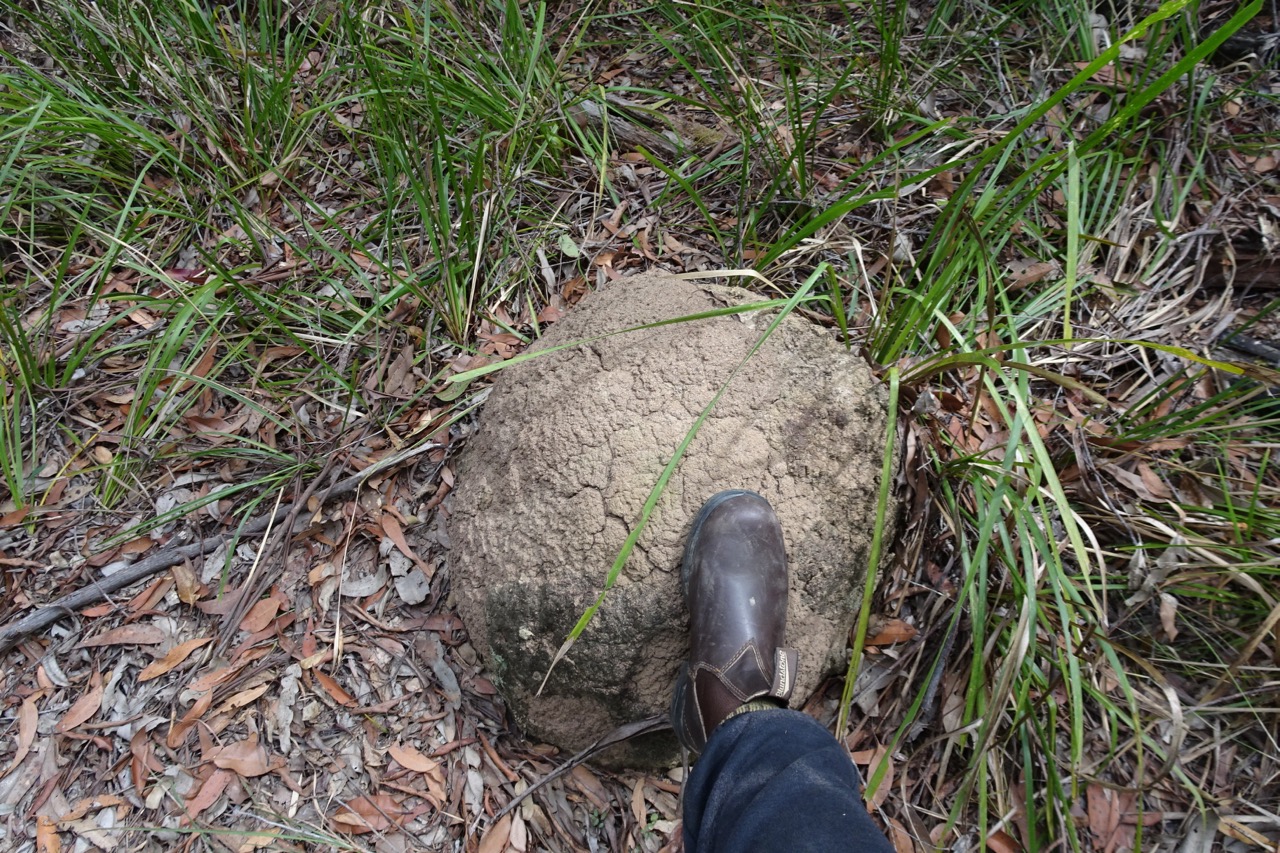 Lunchmacka. We looked about and decided to try out the other side of the creek. After some hacking about to make a path we had our lunch sanwiches. 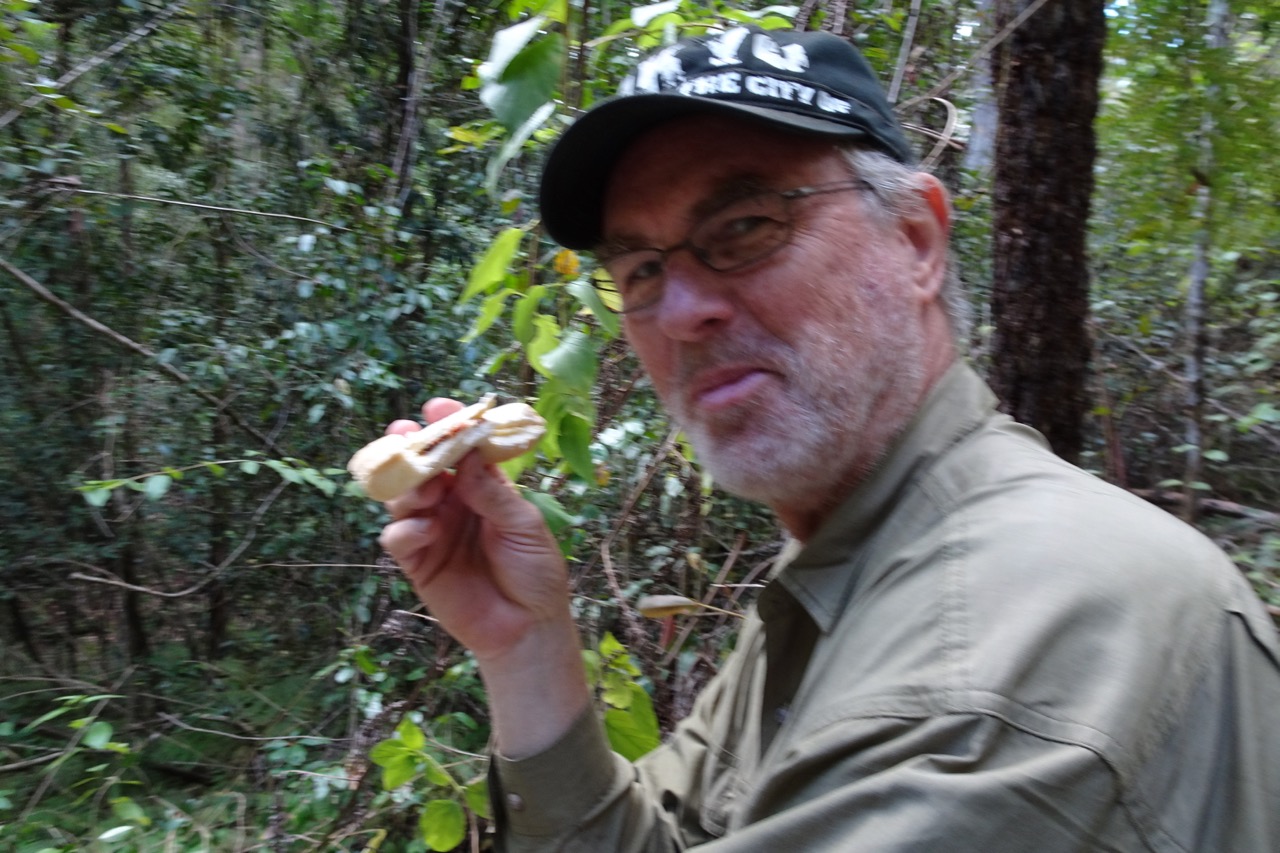 Ojoj fina epifyter! While sitting there we saw a whole lot of beautiful Staghorn Ferns and Birds Nest Ferns. Our very own Dannywood! We had not seen so many before. Maybe we just had not had time to look for them. After lunch we went on hacking a path and all the time descussing if a tractor could do it or not. Probably not. A lot of handiwork is needed before one can use a tractor. Jen want a digger and Mick want a shovel. Well we at least decided it might not work along the creek side with all the lianas, vines and fallen trees. 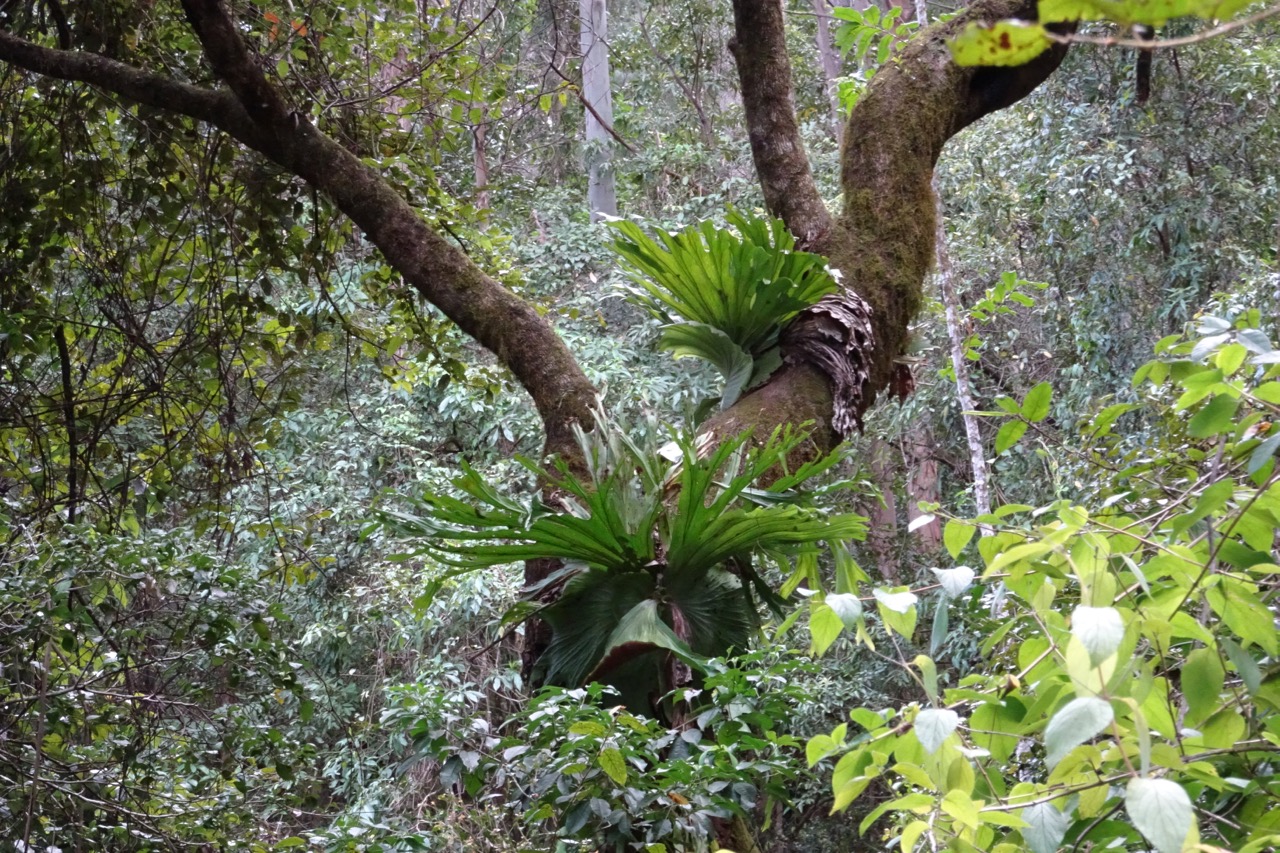 Strypfikon som växer runt ett träd och dödar det vad det lider. We saw a Strangler Fig at work. It will be interresting to follow this one over the years! 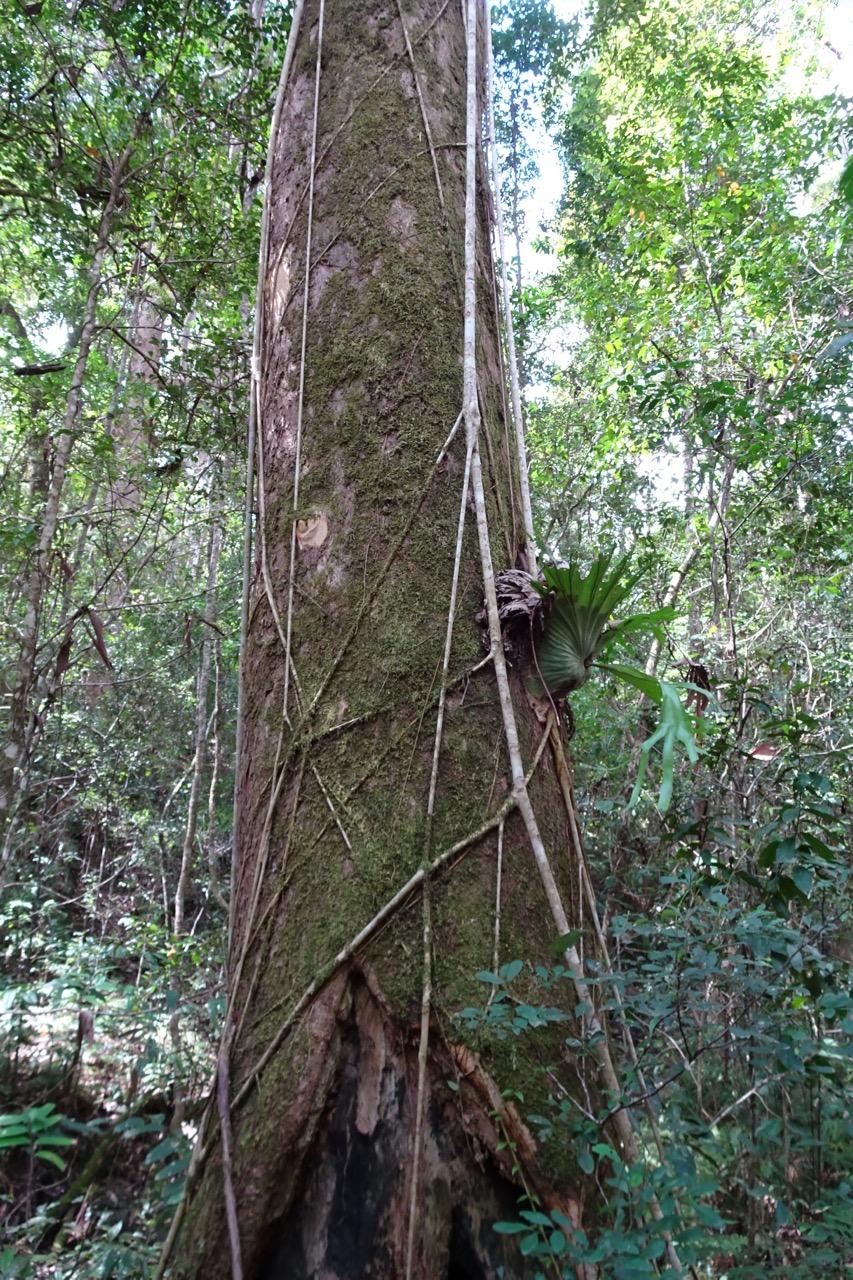 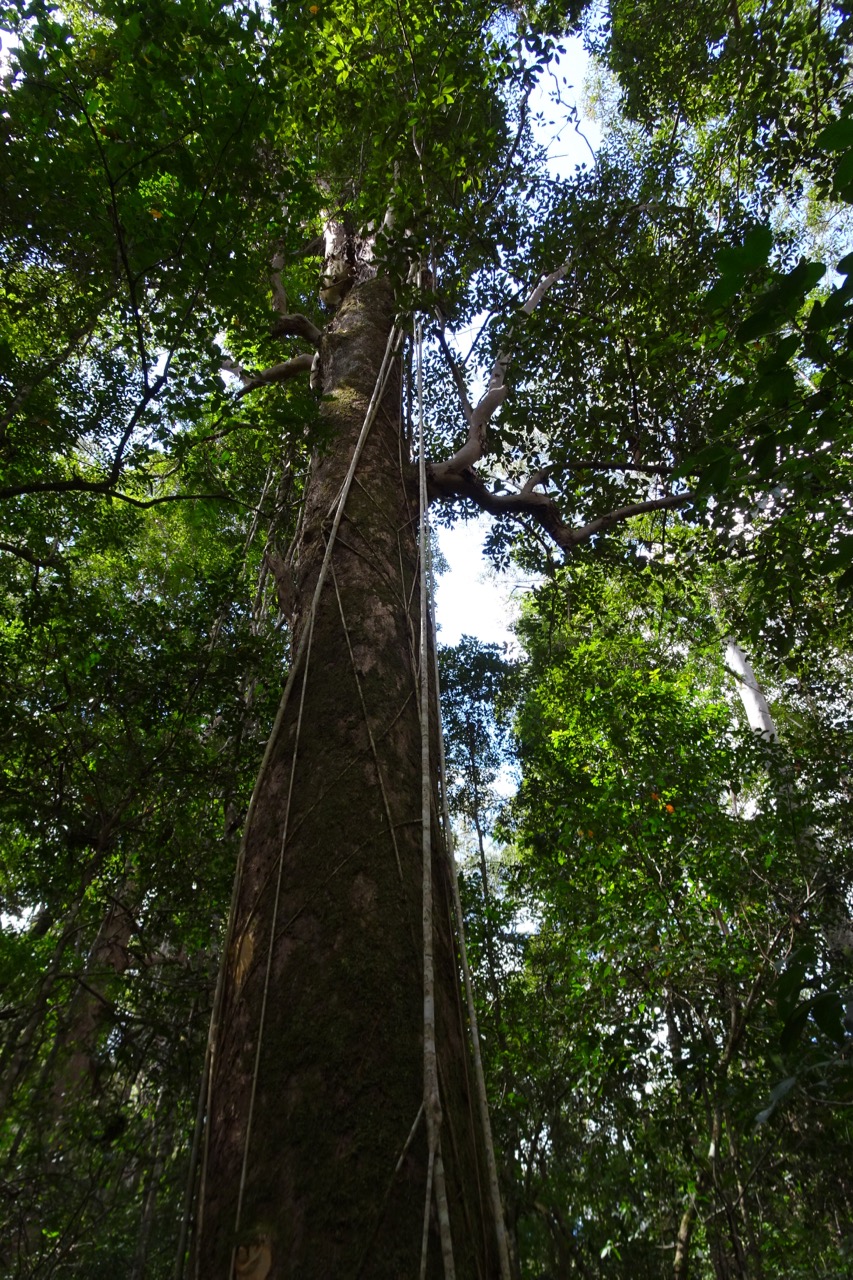 Vet inte vad detta är. We also saw a plant that we cannot identify. Here it is. 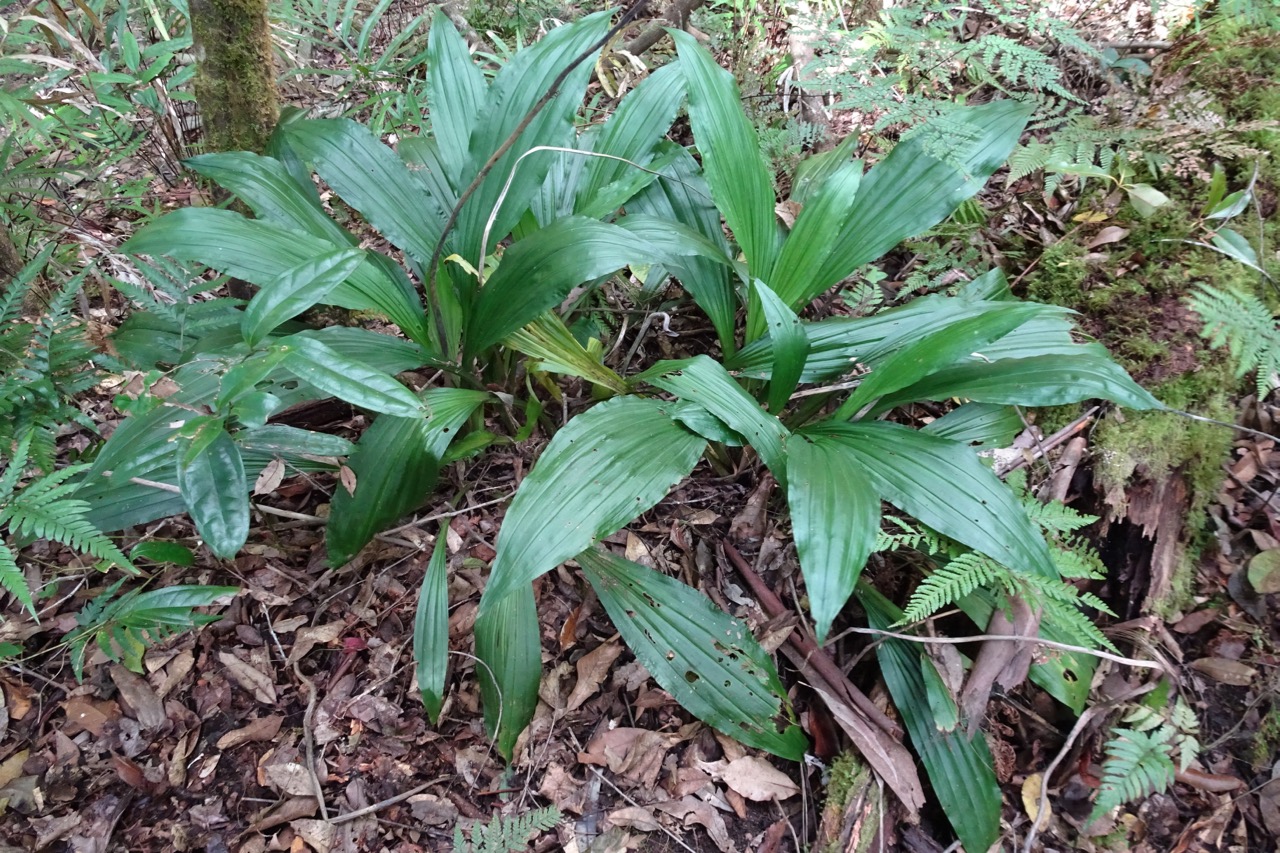 Ett nytt träd! Rusty plum. Man ska kunna äta det men vi vet inte än. Tog hem kärnan och påtade ner i jorden. After a while we ended up at the place where Anton showed us the Rusty Plum. We now found several Rusty Plums and we took a plum seed with us home an put in a pot. 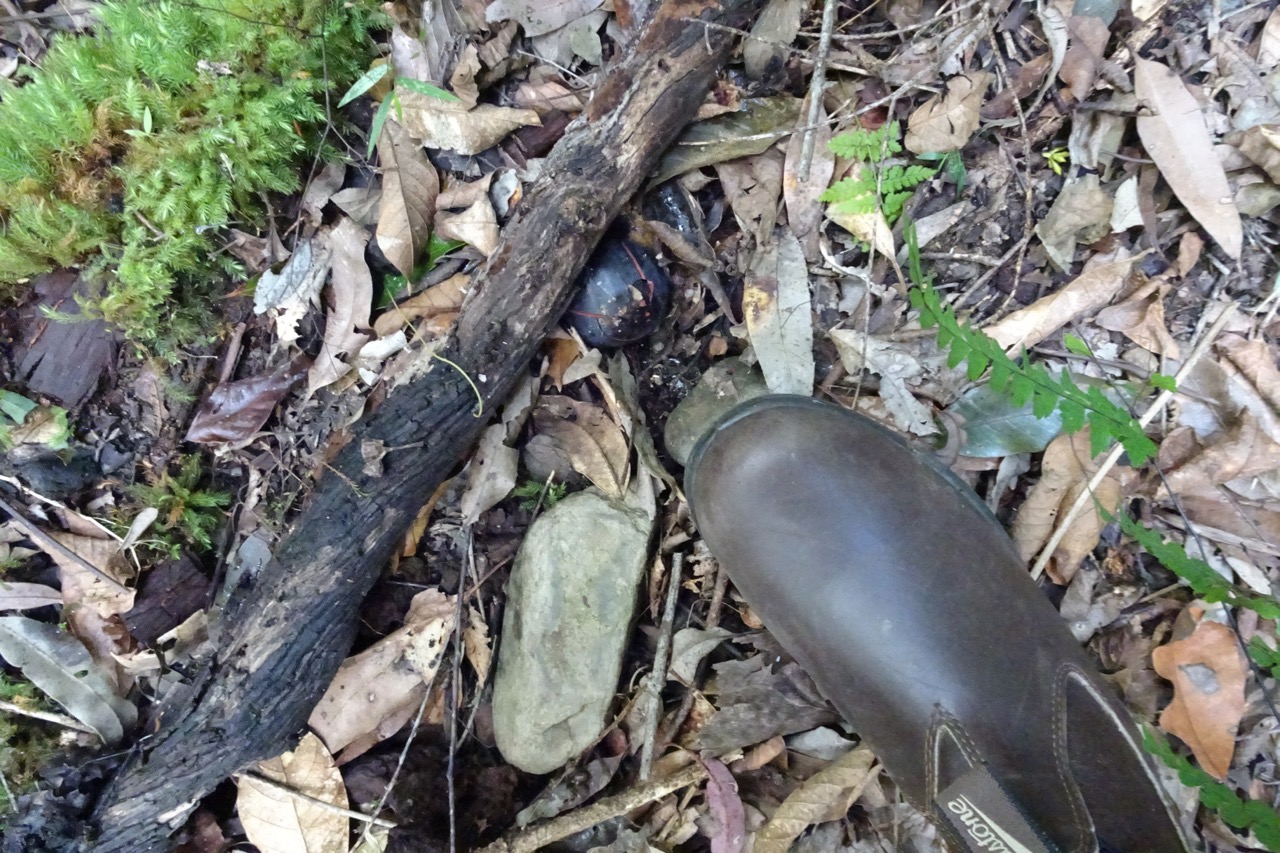 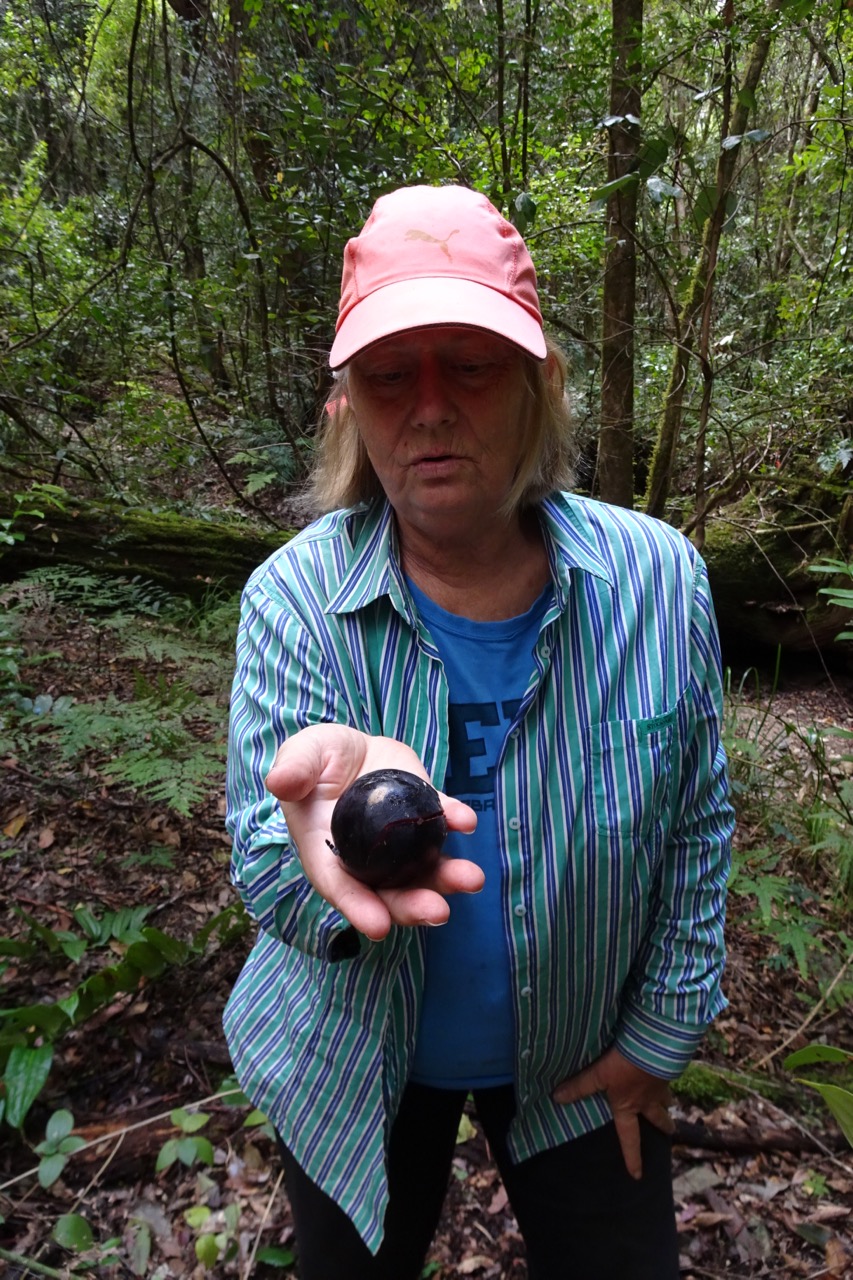 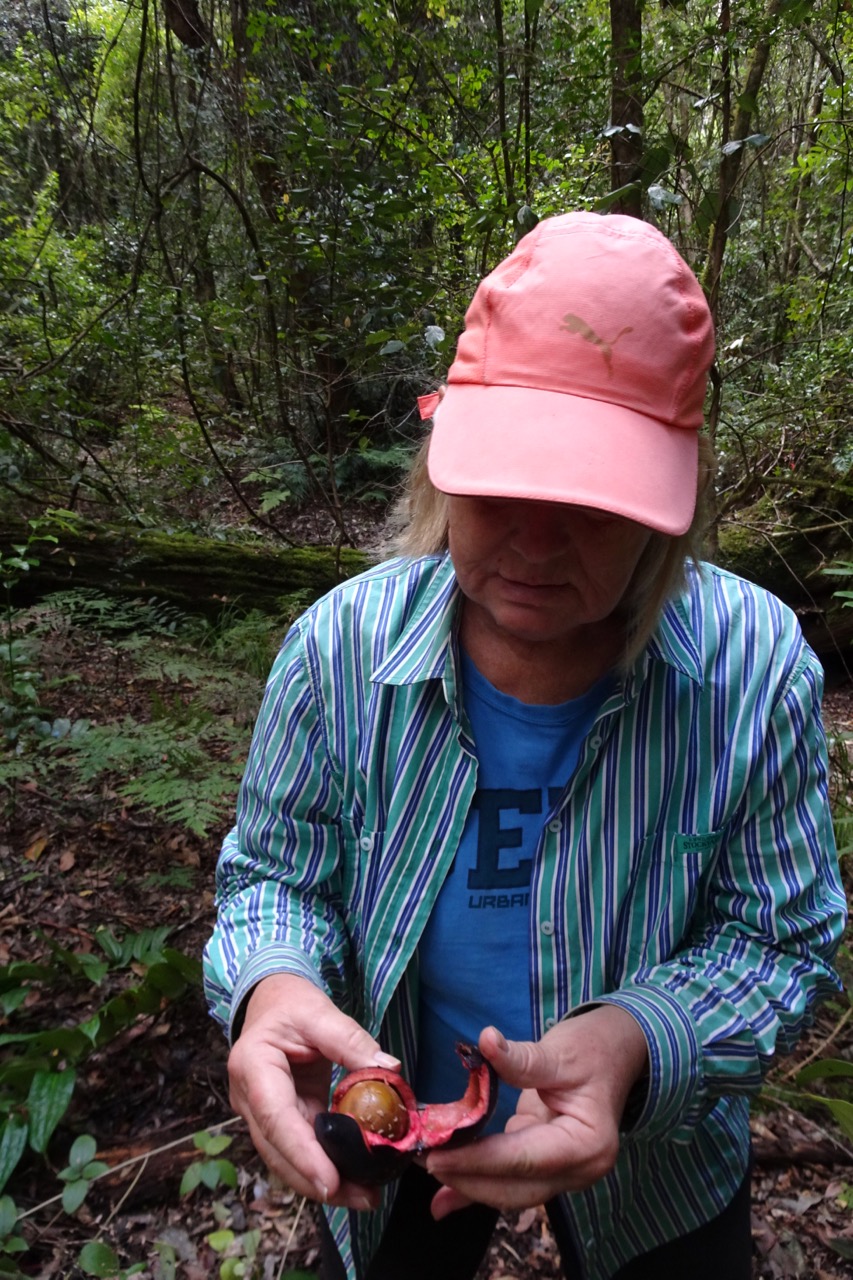 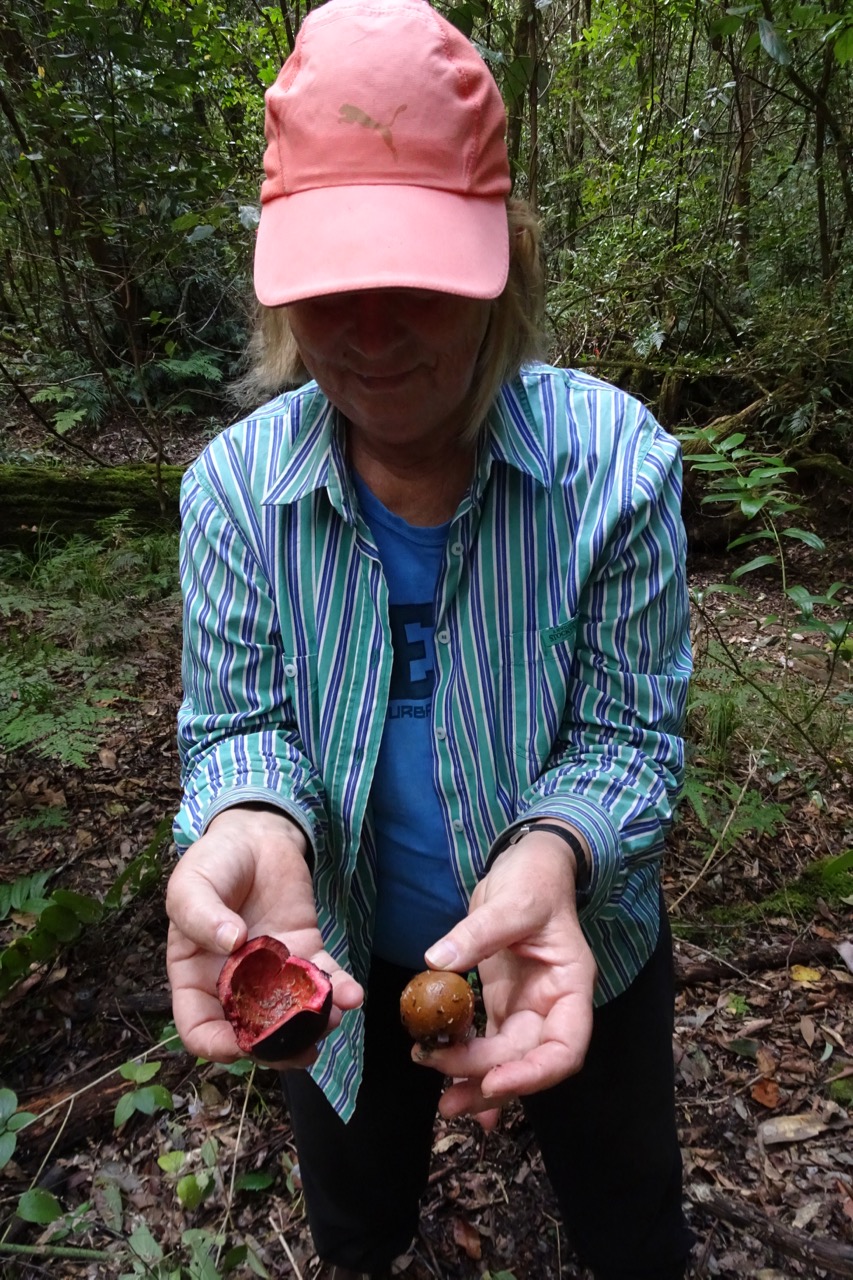 efter allt hackandet kom vi bara 30m meter in i bushen och nu trötta i armarna tog vi oss hem igen lagom att fika! By now we were quite tired in our arms from all the nipping and hacking so we decided to turn back home. Just in time for some tea.

Checked on the internet and read that Rusty Plum trees or Plum Boxwood are an endagered species. Interresting! Allegedly edible too.

20181002 Tuesday. Seemed like the day began calm but it did not end calm. We did a big laundry. Mick then emptied the toilet and had some plans for next hour then P-man came over with two of his kids or a grandkid.

He let us know that he had talked to Chunk and the fire department who had said they could not come over today but it would be ok to burn off since the wind was in the right direction toward the earlier burn off. He asked if we wanted him to burn off our lot a bit to but we declined this time.

So the burn off started. The whole valley was full of smoke but all went quite calm we thought. Then the big gum tree on his side of the fence started burning big time or debris on the branches started burning and underneath and all the dry bushes. Some cinders came over to us and began burning underneath one of our gumtrees but we put it out. Then Jones moved on and went on burning along Postmans on the council side and his side. Another little fire had started under our Apple Box so we put that out. We sat down with a cuppa’ and the other gumtree (debris) on his lot started burning but it’s further away so we were calm now.

Then Donna came walking, very upset. P-man had left the fire on his lot and just watched the fire along our border since our house is just there, and forgot that there is a telephone line and little pole on his lot which now had gone up in flames and with that the Pitmans telephone line.

So we calmed Donna and Mick went with her up to Jones and let her have her say. Then he took her down to us again. After a bit she started home and Jen went with and her.  She  pointed out this and that that would be gone but it was not. A natural well would now be gone due to fire, but it was not. We went in a bit on Jones lot but there was not much there to see more that a bit of grassfire working it’s way upward the hillside. Donna got very upset when she (thought) she scared a wallaby so it jumped up along the burned part into the bush. “I have to tell Greg I scared it into the burnt part”. Jen calmed her that there would be nothing to the animal, the land was already cooling off. It’s just a grassfire! (for heaven’s sake).

Donna and Jen parted.  But later back at the house we decided that Jen would go over and calm Donna so she would not get another heart attack and Mick just keep watering but we took each a mobile phone to keep contact and if we needed to call the helicopter. When Jen was wading through the creek Greg came driving home so she called him to stop. Then told the story and said for him to be very calm. We went into their garden and Donna came along so Jen told her to breathe deep and then we looked at her garden. A big sound came and Donna was sure it was a big “ancient” gum tree that she loved that had fallen. Jen said it was a branch. We had a look and the gum tree was still there. After some talking Greg came along and we all returned to the house.

Greg gave Jen a lift home and gave her a bag of bananas (home grown!). Donna had calmed down and Greg took some water to put out a bit of fire  that was to close for comfort to their house.

Jen and Mick took in their stuff and after a bit P-man came past and parked the tractor had a chat with Mick and went home with the kids and ute to eat or so. He would return later.

P-man came back and took the tractor and water up towards where the fires are and then Greg came along and was all fired up about trees that were hollow and were possums lived. He tried to put out the fire on a hollow standing tree. He left to go on with that. We sat down and had some wine before bedtime.