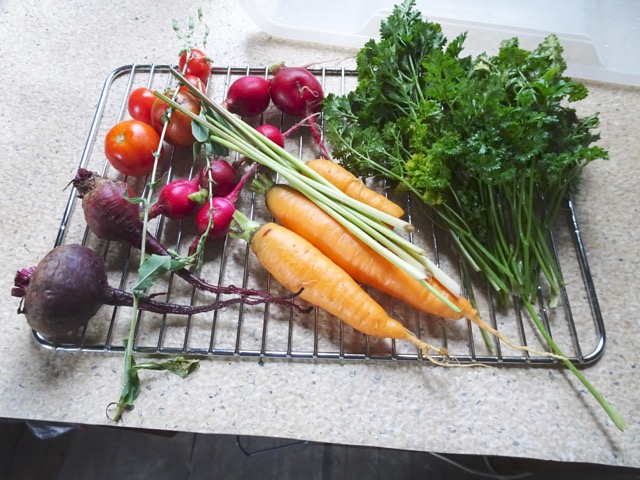 Found a turtle while raking. Thought at first it was a Jacaranda seed amongst the leaves. 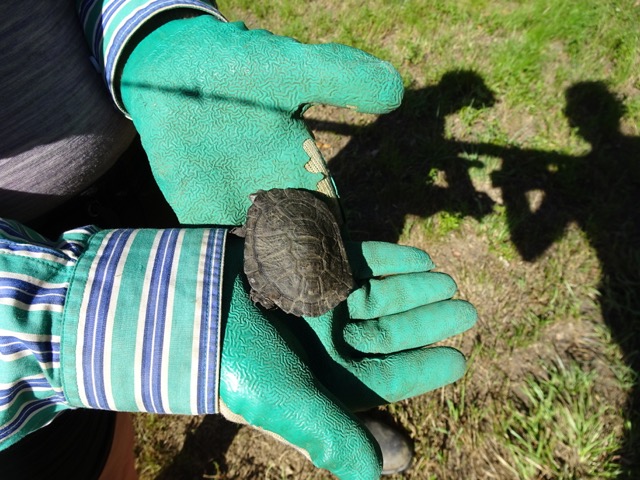 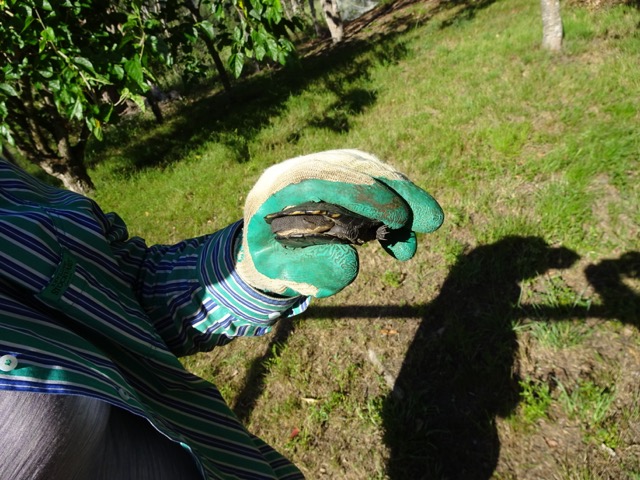 This is out mob of about 10 -11 including joeys at all ages.

Jen was a bit tired all day. Mick fixed the door to the old dunny by the creek. We use it as a shed. Mick dug a shallow trench for the water pipe over the the old road to Five Day Creek village and also dug down the pipe over the path to the creek. Put some potatoes into patch 3 out of which we harvested 3 more new potatoes. Put coffee on the beans that are very eaten and some other vegs. Tiny slugs and tiny larvae and tiny grasshoppers are eating our vegies. Yesterday we had showers in the afternoon evening but today we only had dark clouds. The creek has risen a bit though and it is also clearer without all that stuff floating around and not too much algae. It´s seems a bit brown, possibly from Neal´s wood cutting further up. We got a package from daughter with card and pic of granddaughter. Beautiful both.

Wednesday. We had brekkie and then took recycling to the Bellbrook recycling centre. They were fixing it up and mowing and stuff. Nice. Back home had lunch and then we filled the water tank, baked bread and did the dishes all at the same time. Mick took all the leftover pipes that were connected with connectors due to cows stepping on them, all the ones we substituted with new pipes that we bought before Christmas, and laid them out to se if they would suffice to the different places were we want water: garden, bathroom and kitchen. We want them to follow the fence so that cows who run amuk from their owner´s do not step on them. They should also be easy to dig down and to find. We may also try and set up a sink by the patches to make it easy to rinse off the worst soil from the vegs. After all the afternoon chores we had the last ice cream and keso apple cake from New Years and a dip in the creek. Then time to make dinner and call it a day with a dvd from the library.

We decided to move the water tank in order to get a better pressure in the shower. Also the base the water tank was standing on was a bit on the lop sided end. We started looking for a new place to put it on and then started to dig there. Up by the roof there were some nice posts we could use for base so we sawed some off and used them. Then we thought we could maybe use some of the board from the old stand.

One day we were going to fill the tank and saw how the boards underneath it were really sagging and at one point on the meld it had started leaking again. The bottom was slowly caving out. Time for the move! Might as well clean it while we were at it. 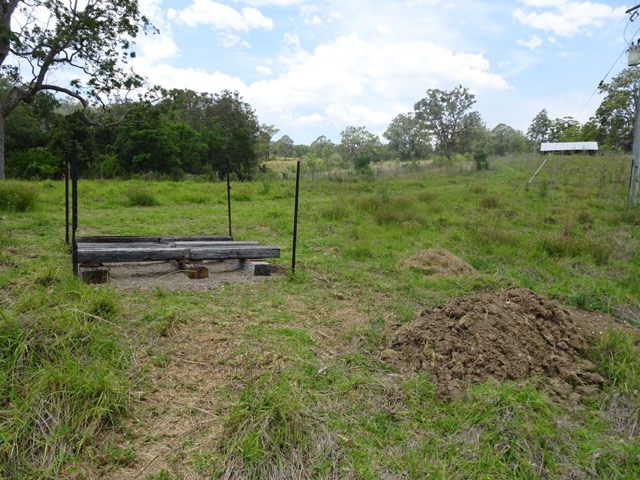 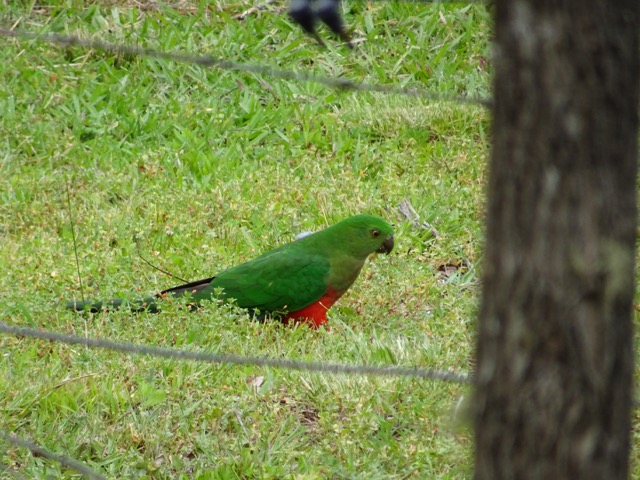 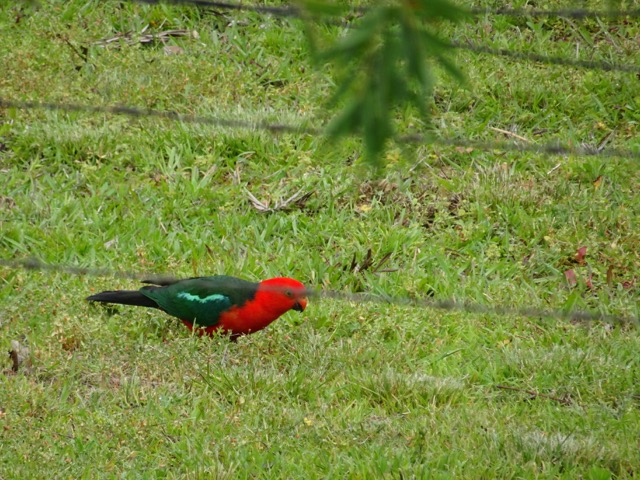