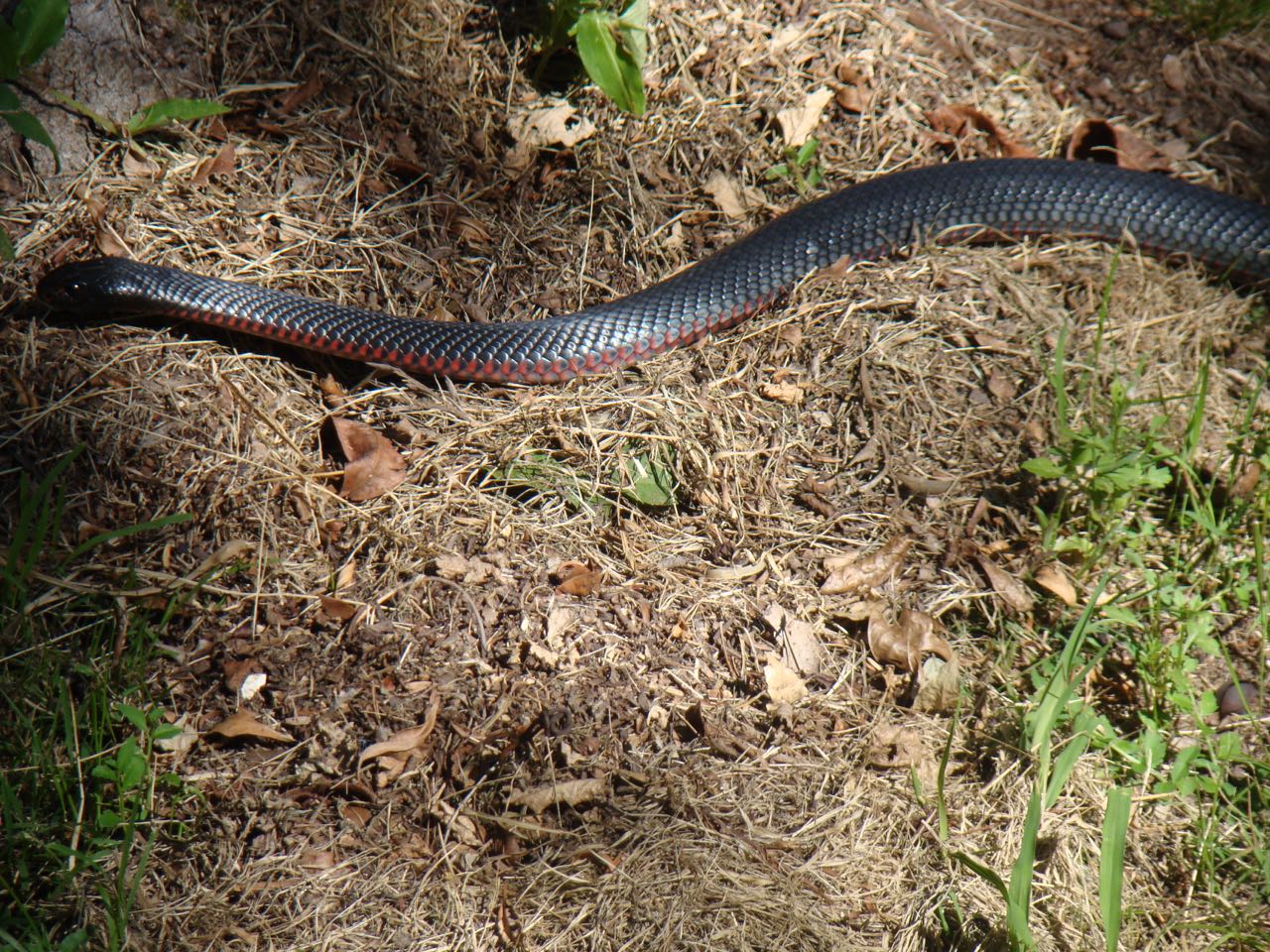 This is quite a common snake. The Red Bellied Black Snake. She comes around now and then. We have seen her twice. The former owners have seen her a couple of times and once saved her life when she got stuck in som chicken wire. That is why we know it is a female.

We have to watch out during warm summer evenings so she doesn´t slither into the house. We do not want her there. These guys are very very poisonous but also very shy and also territorial. They tend to use the same spots over and over. They ´d rather flee than fight but if it feels challenged it will strike back. We followed one once in thelue Mountains to take pictures and when it had enough it turned on us. We backed away and it went on it´s way. Lucky for us. That was our first encounter with a Red Belly. 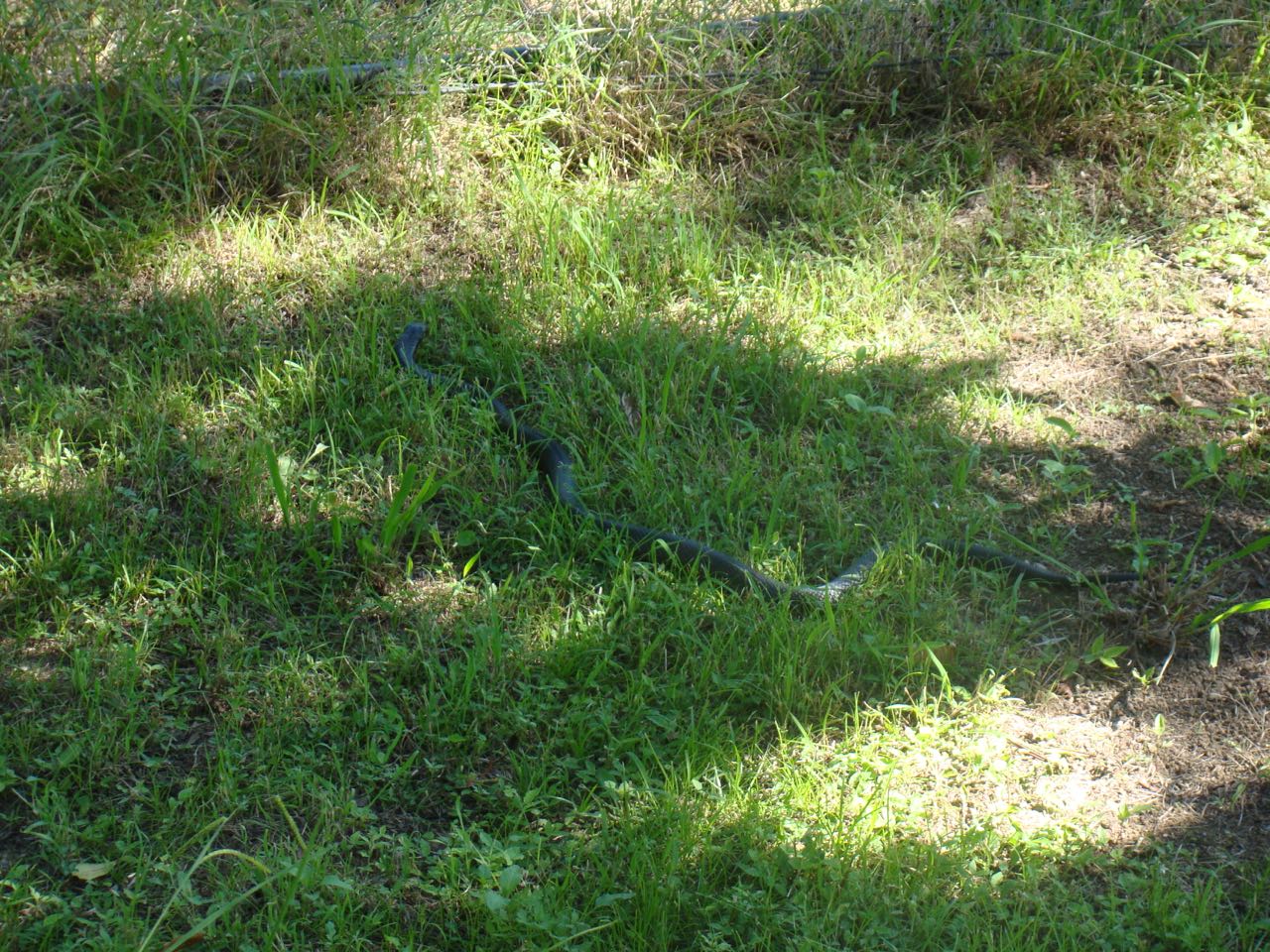 Checking our the crevices under the house before leaving. 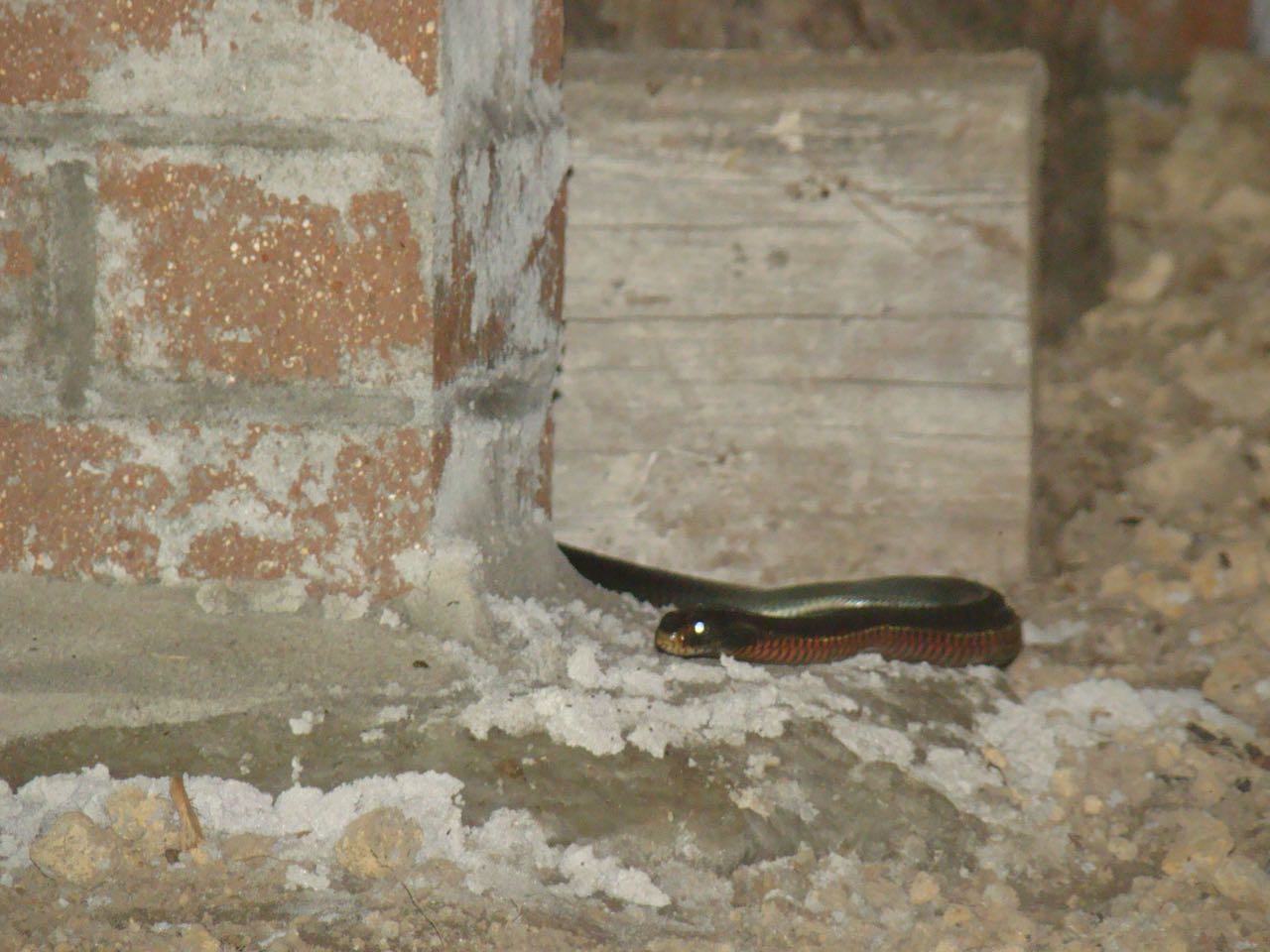 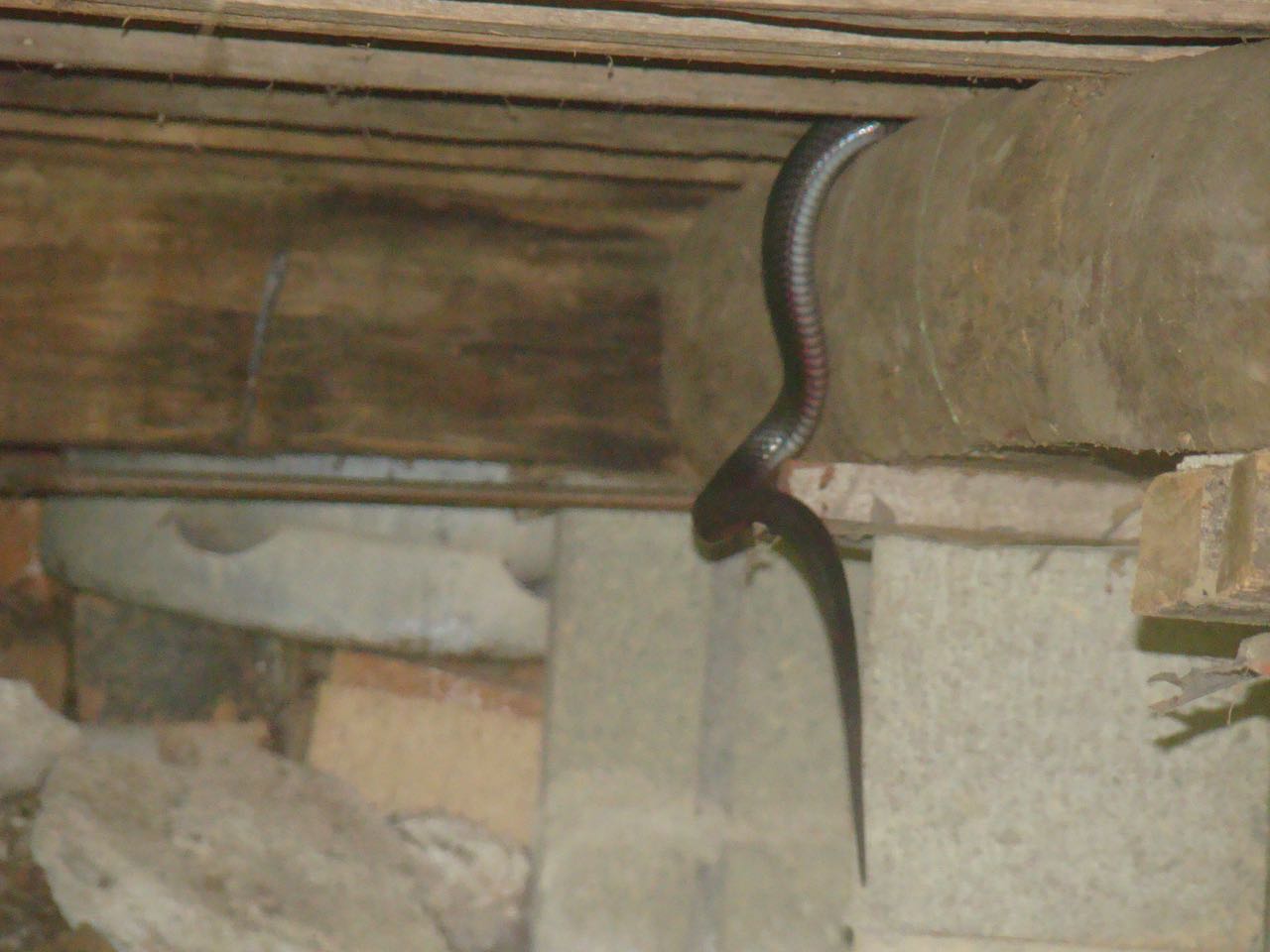 We have seen one more snake but did not have the camera with us so we have no idea what snake it is. Jen was walking first down to the beach and on the path crossed this slim little brown snake right in front of her feet. She stopped and warned Mick, the snake stopped and looked around and when nothing happened it just lithered on and disappeared in the underbrush. We went on and took our daily dip in the creek.

One of our neighbours have told us stories of when he was a kid and he and his siblings and friends were chased down the path by brown snakes. Scary thought huh!

Often we see Diamon Pythons lying on the road basking in last rays of the setting sun and we stop and shoo them off the road. 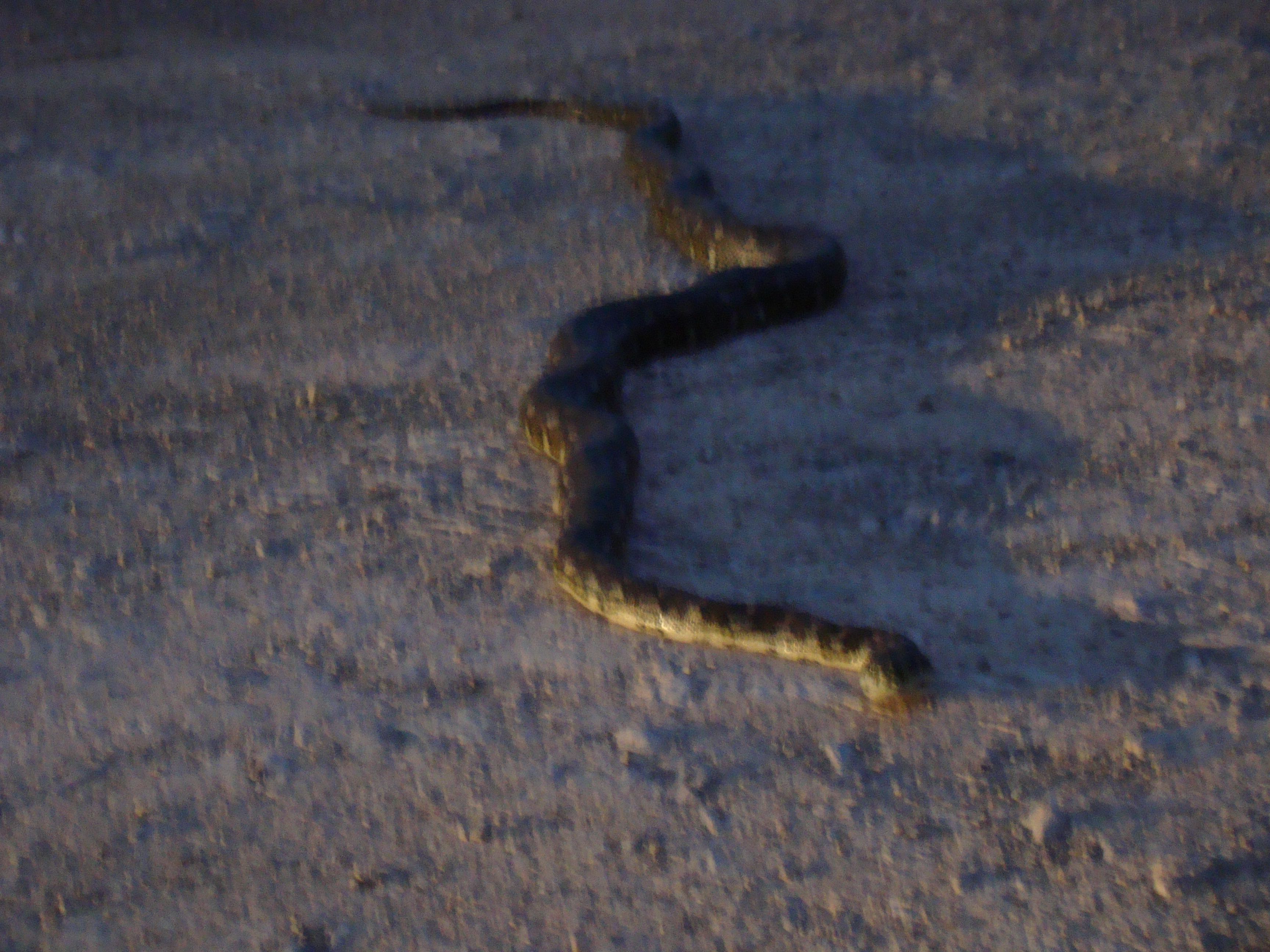 They are so beautiful and quite big.