Last week we put up the inside fibro sheets on the side with the small window in the kitchen. We put up insulation on all the other new walls. 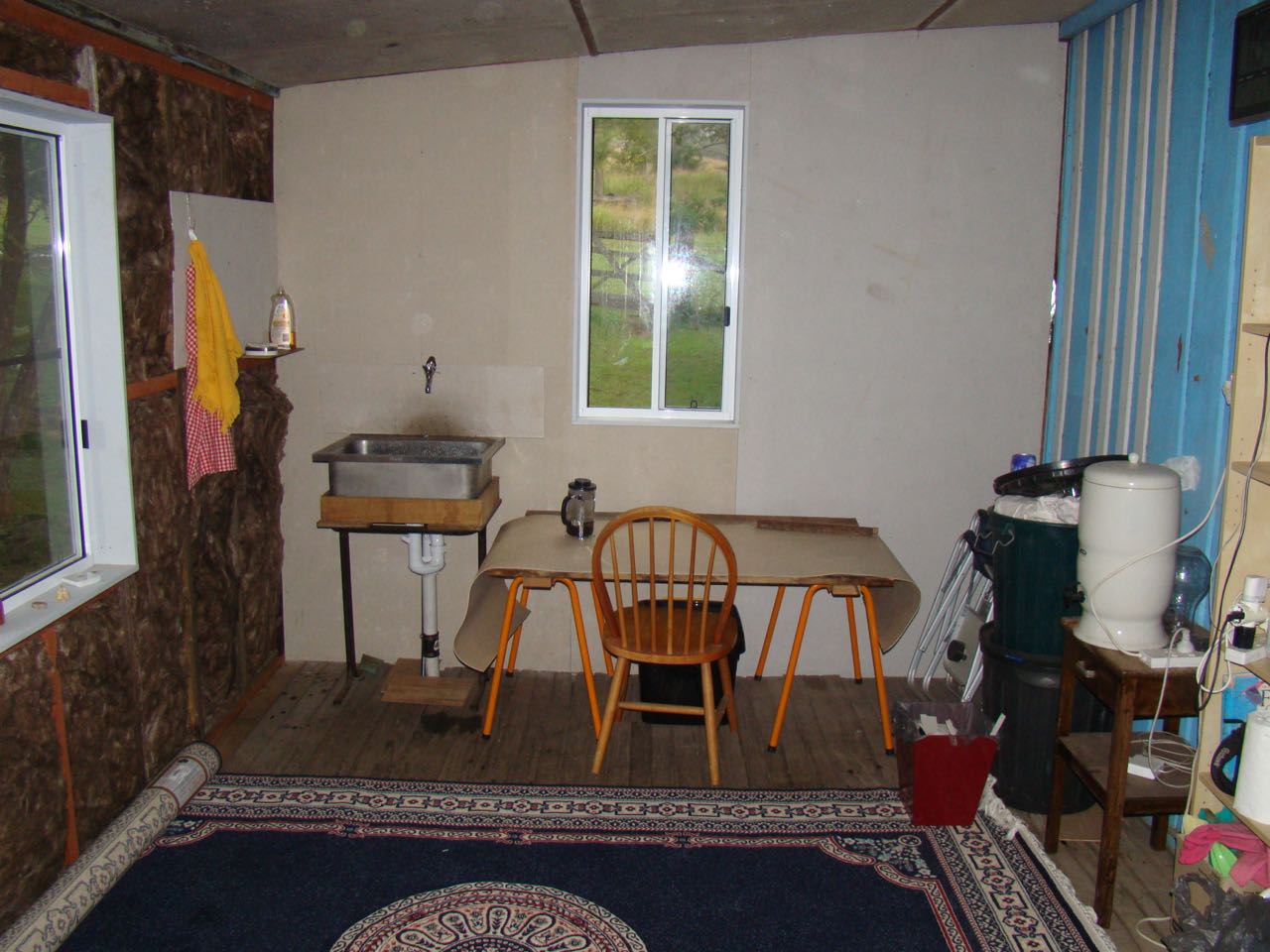 We took out all the mats we brought with us and have spread out the red mats in the living room and the blue mat in the kitchen. The grey mat is still rolled up.

The last days we have had some rain showers and a light drizzle since yesterday. Before that it was clear and cold.

It looks like autumn now. A lot of leaves are turning yellow and falling off. 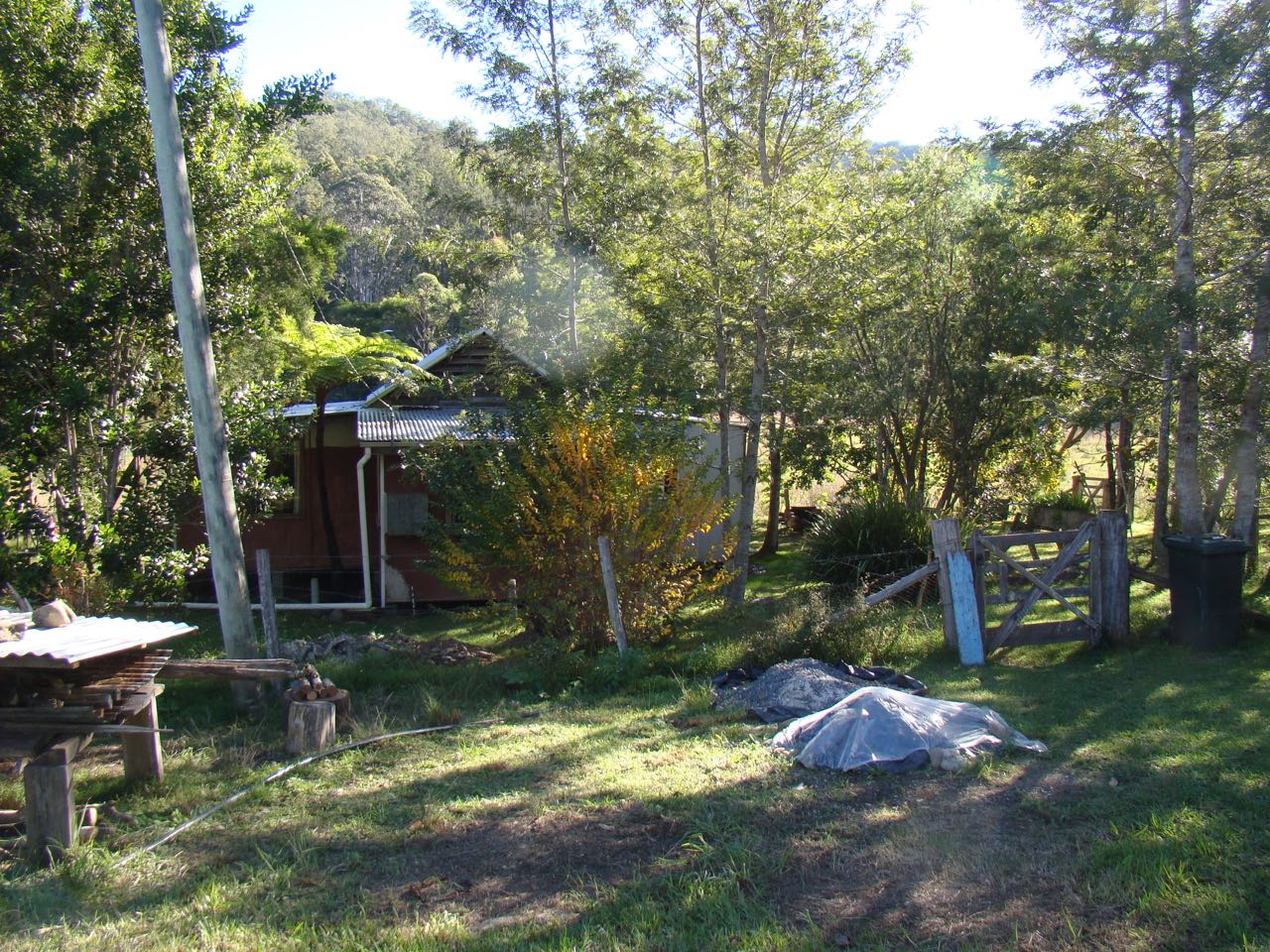 We had problems with the shower. The flame would not light without 5 – 10 tries. We checked the manual for inspiration and decided to check the water supply to the pump. There could be something blocking it. Took off the hose and tried another hose one from a bowl. It worked. Carefully put on the regular hose again and it has lighted on the first try ever since.

We walked along the creek to the billabong in search of our lost pump but no pump there either.

We have watched DVDs in the guest room. Yesterday the old Fast and the Furious (1).

The mouse that lived in the sewing machine, we let out under the house, is frequently coming in at night. First it gnawed on wood or something up in a corner of the house and probably came in that way. Mick stuffed the hole with a piece of wood. No mouse for two nights. This morning the kookaburras woke Jen with a hard knocking. Could be someone at the door but it was the Kookas. Then she saw that the mousetrap was gone and heard some noise behind the big suitcase, moved it and there was the mouse trying to get hold of the cheese from behind in the closed mousetrap. Jen tried to squash it with the suitcase but then it fled out through a hole in the floor. Now that hole is also covered.

Mick put some bricks to make a better shelf for the boxes with the glasses.

Rain most of the day but some rays popped through.

Tried to re-borrow a book on internet that has to be returned tomorrow but to no avail.

We have to go in tomorrow. Yuck.