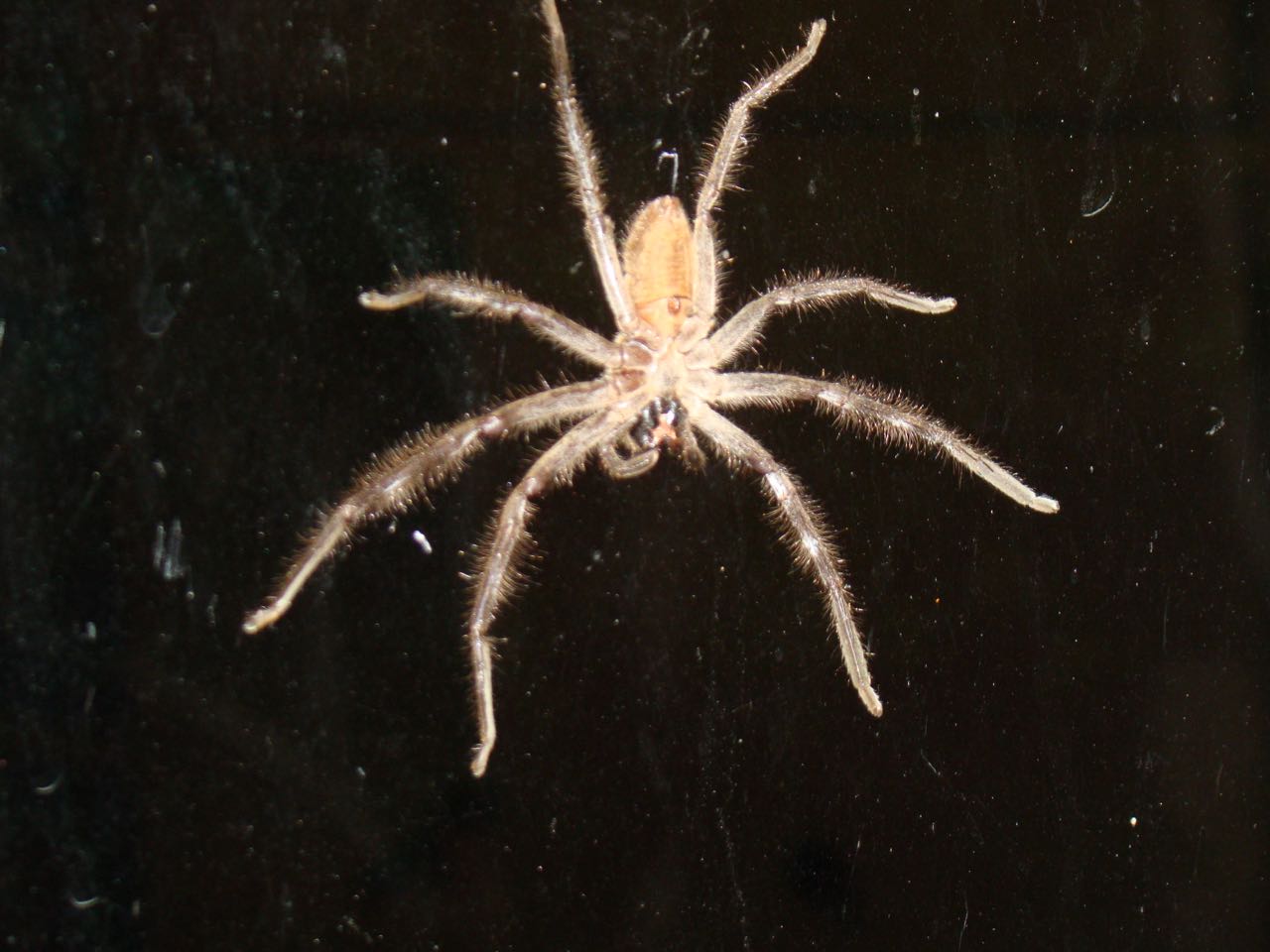 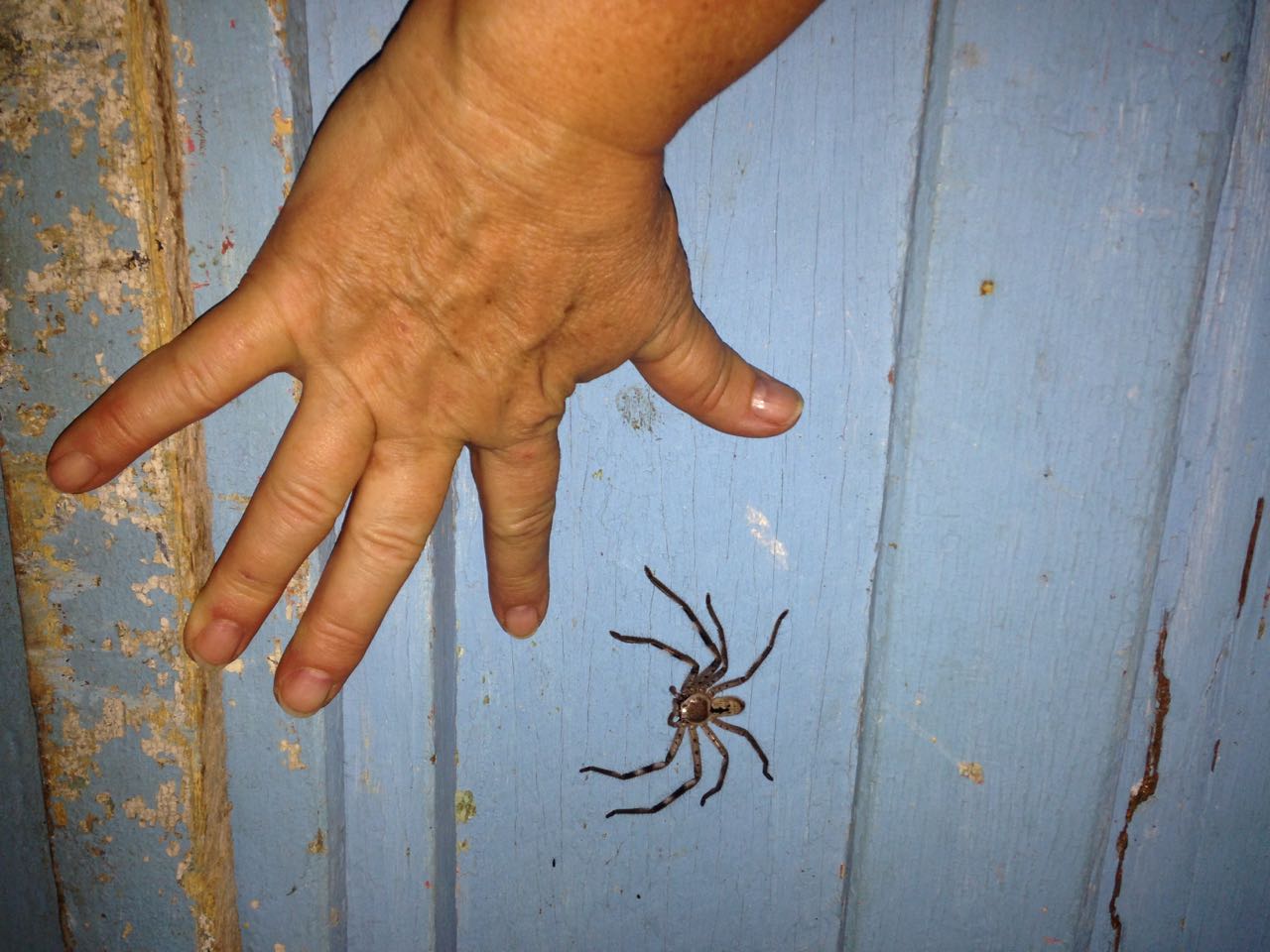 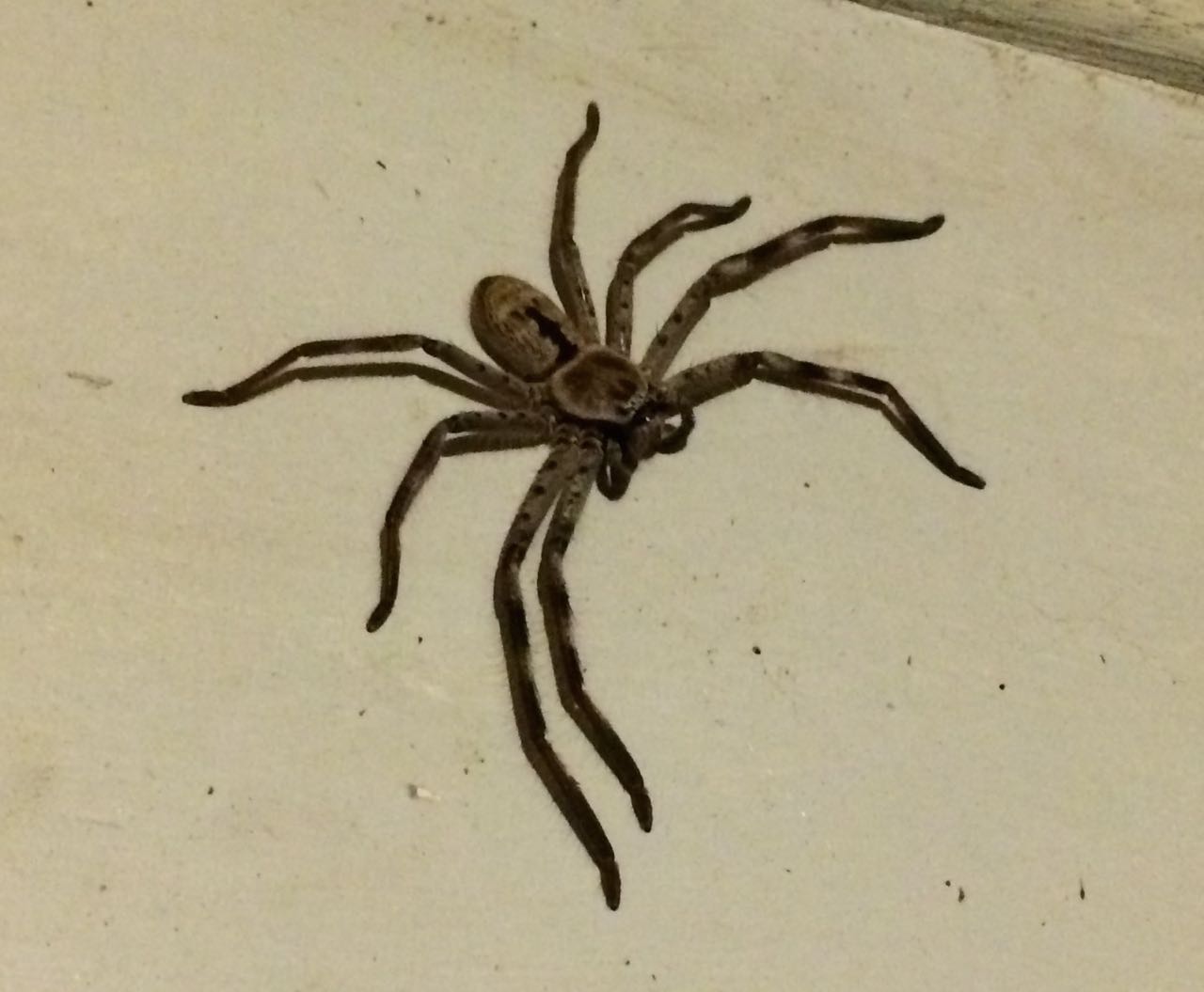 These are found pretty much everywhere in Australia. They do not weave webs, or I have never seen them do it. They hunt for smaller insects to eat. They are pretty big. Sometimes big as your hand with the legs. Well we usually put them out under the house because you do not want to step on one or happen to roll over on one when sleeping. Otherwise they are pretty handy I guess, eating other insects. Some say cockroaches are a favorite. 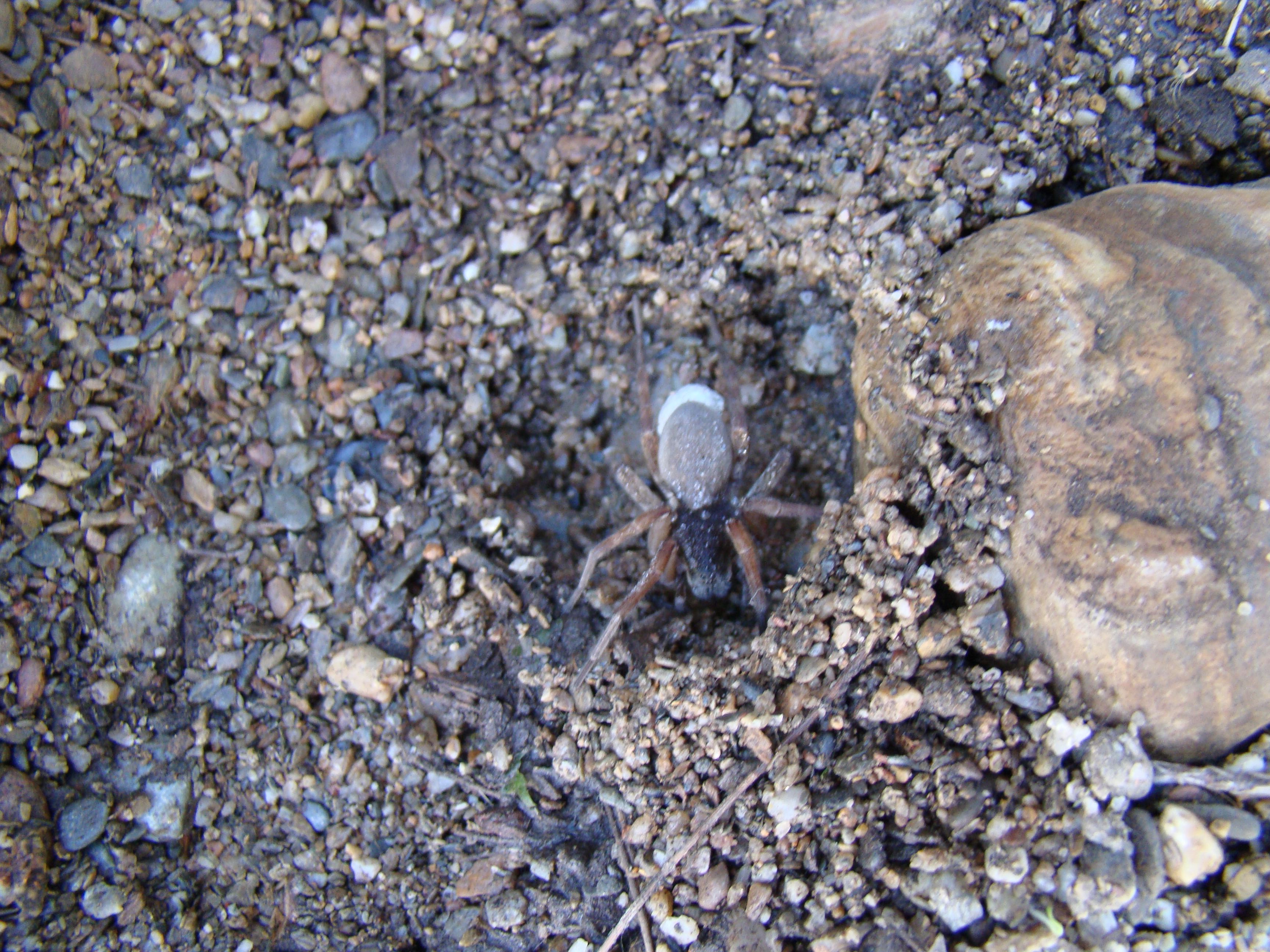 These guys live down by the creek. In a dark space like under a stone. One lived under our tiny raft for a long time. But finally thought the better and moved to under one of Jens stones for stepping out of the creek. We named it Spitz. After a short while Spitz was a mother. Then she disappeared. Some of her spiderlings took over but soon there was only one. They swim pretty well but not too far. More like walking on the water. We scare them from the raft or stone or whatever and then they hide in our clothes while we take a dip. Always have to shake your stuff. They fall out easily and cannot grab hold so that´s ok.