Here is Bruce the Goanna. It is a Lace Monitor. They are very common in New South Wales. You see them everywhere. Often on campgrounds in the forest where people feed them eggs and meat and they forage for food scraps after humans. 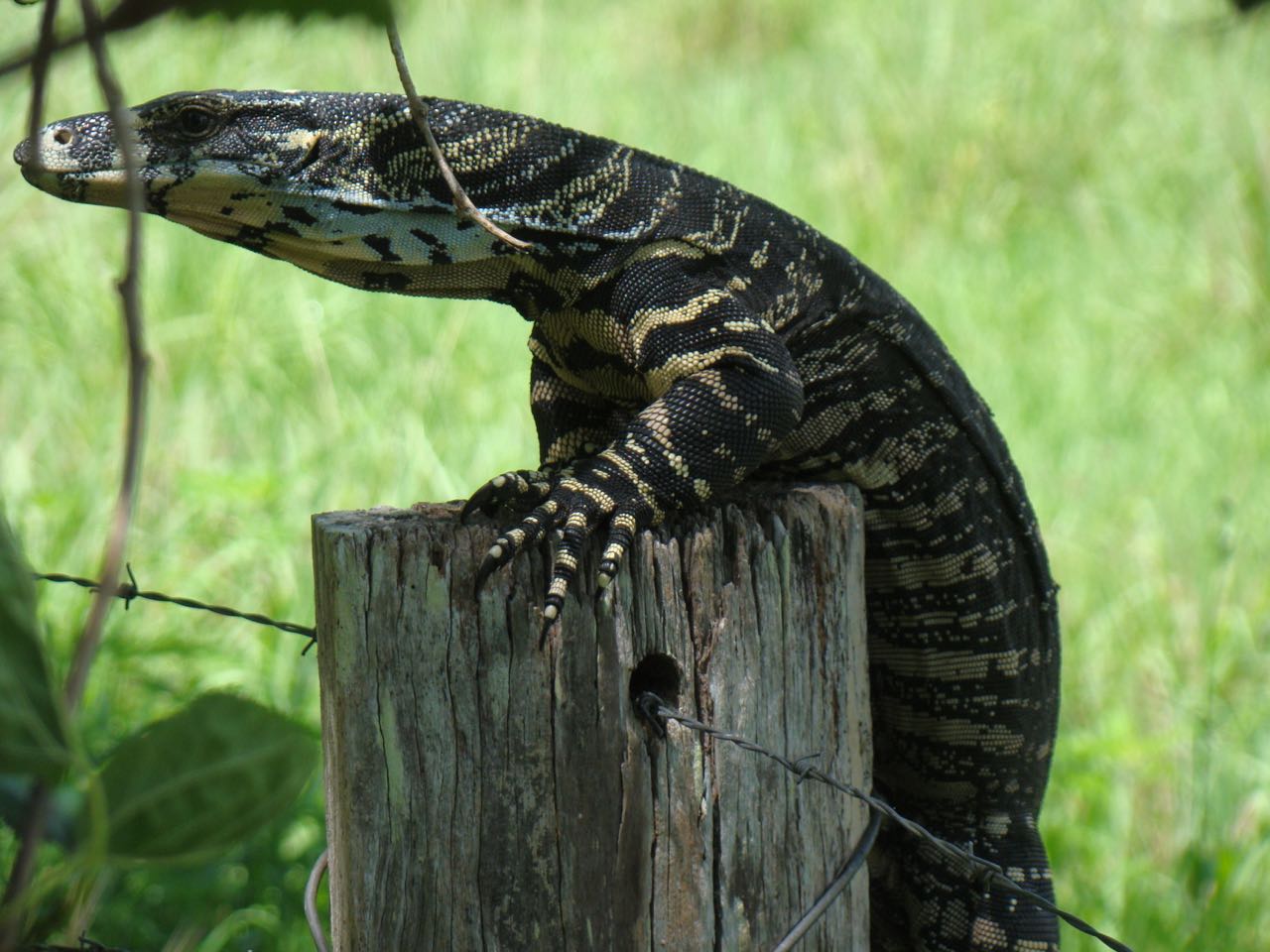 They are not scared of you if you move slowly and they seem to have very bad eyesight. They might just mistake you for a tree if you scare them. Bruce comes along now and then. Since we don´t throw food around  I do not know what he finds. 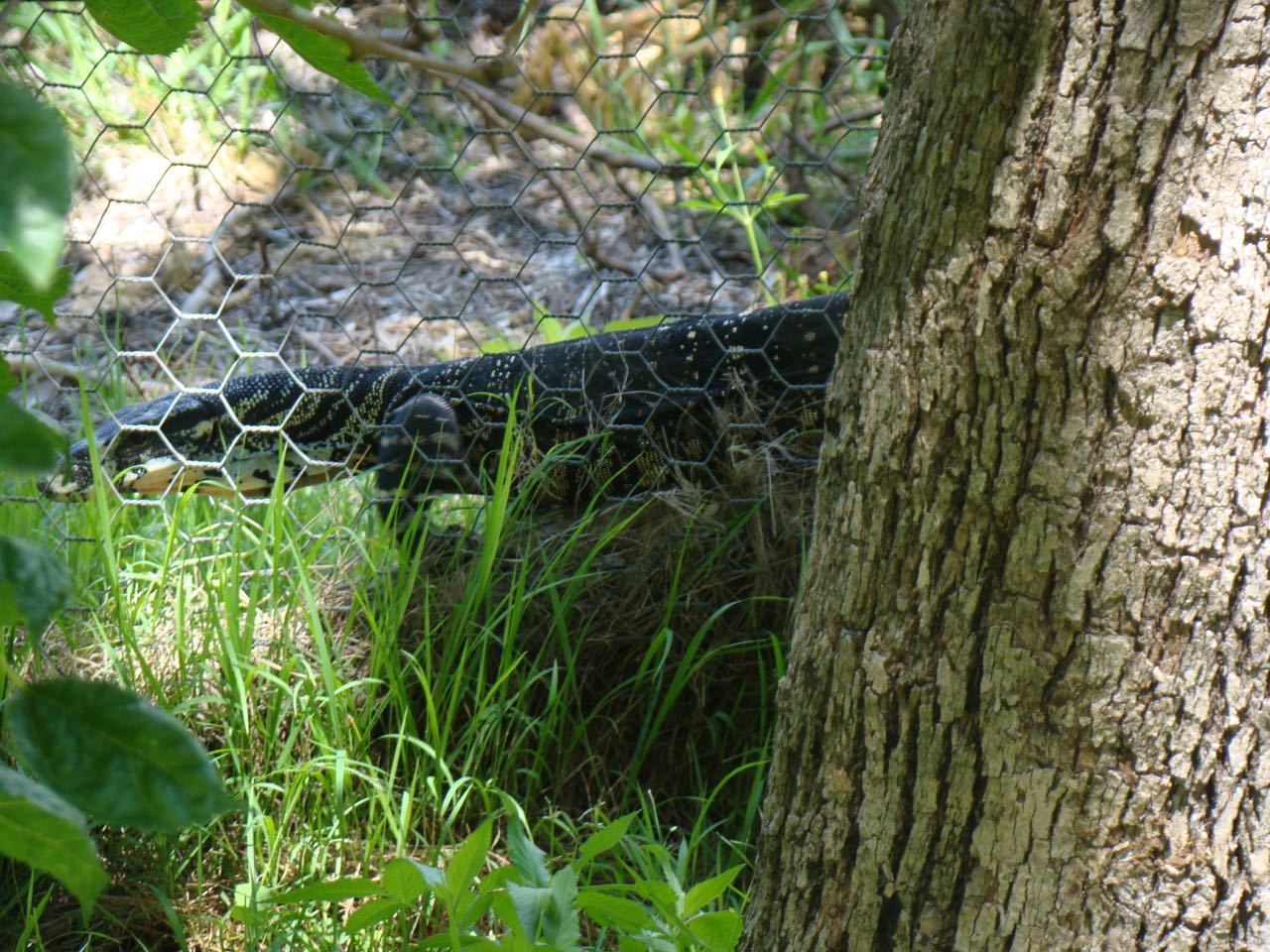 One day he followed the fence to the fence post, climbed up on it and up the Jacaranda over to the Mulberry and up into the sun and sat there basking.

There a lots of stories about fierce goannas. They do have sharp claws and teeth but so far we have never been challenged by one. 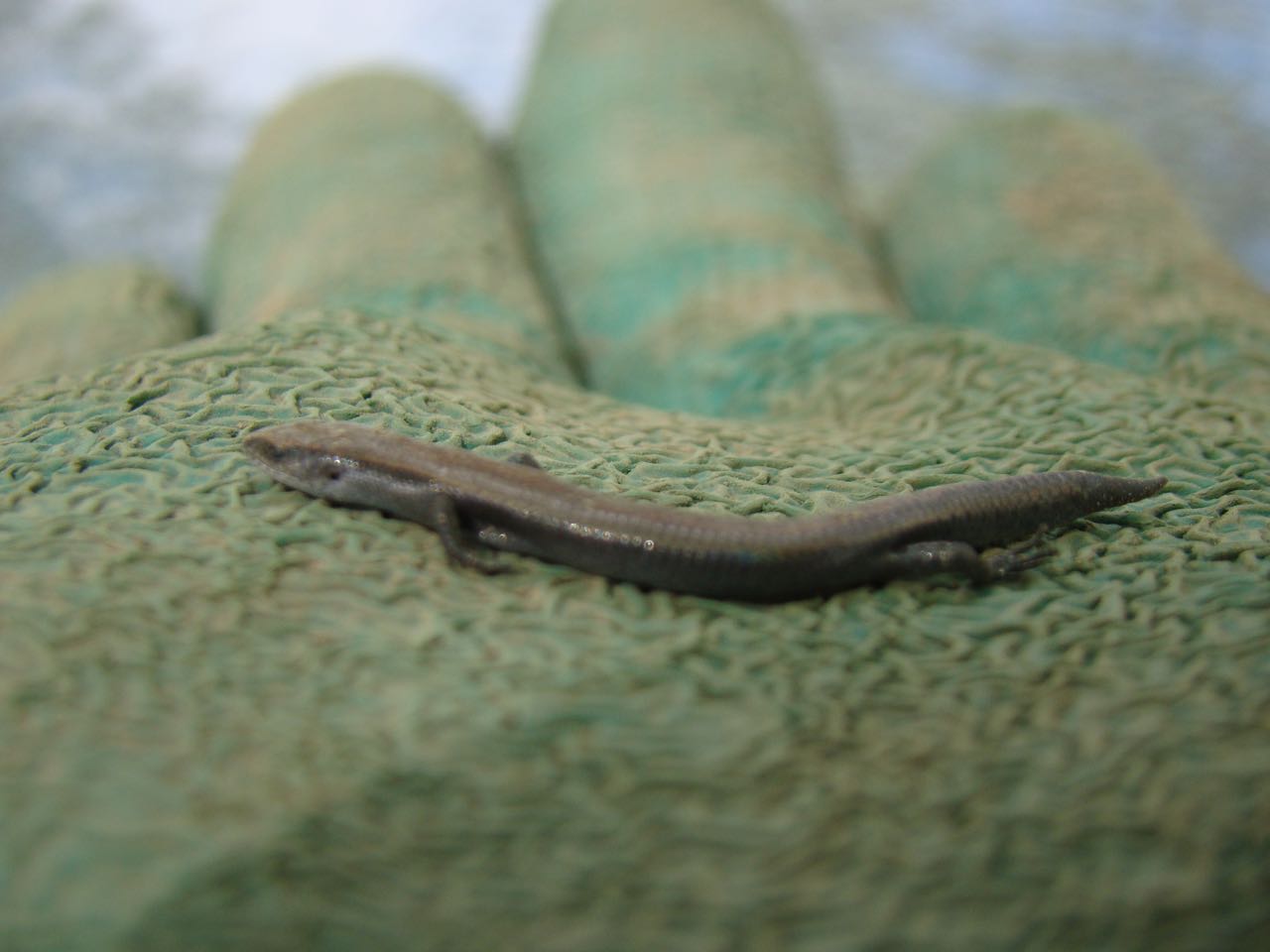 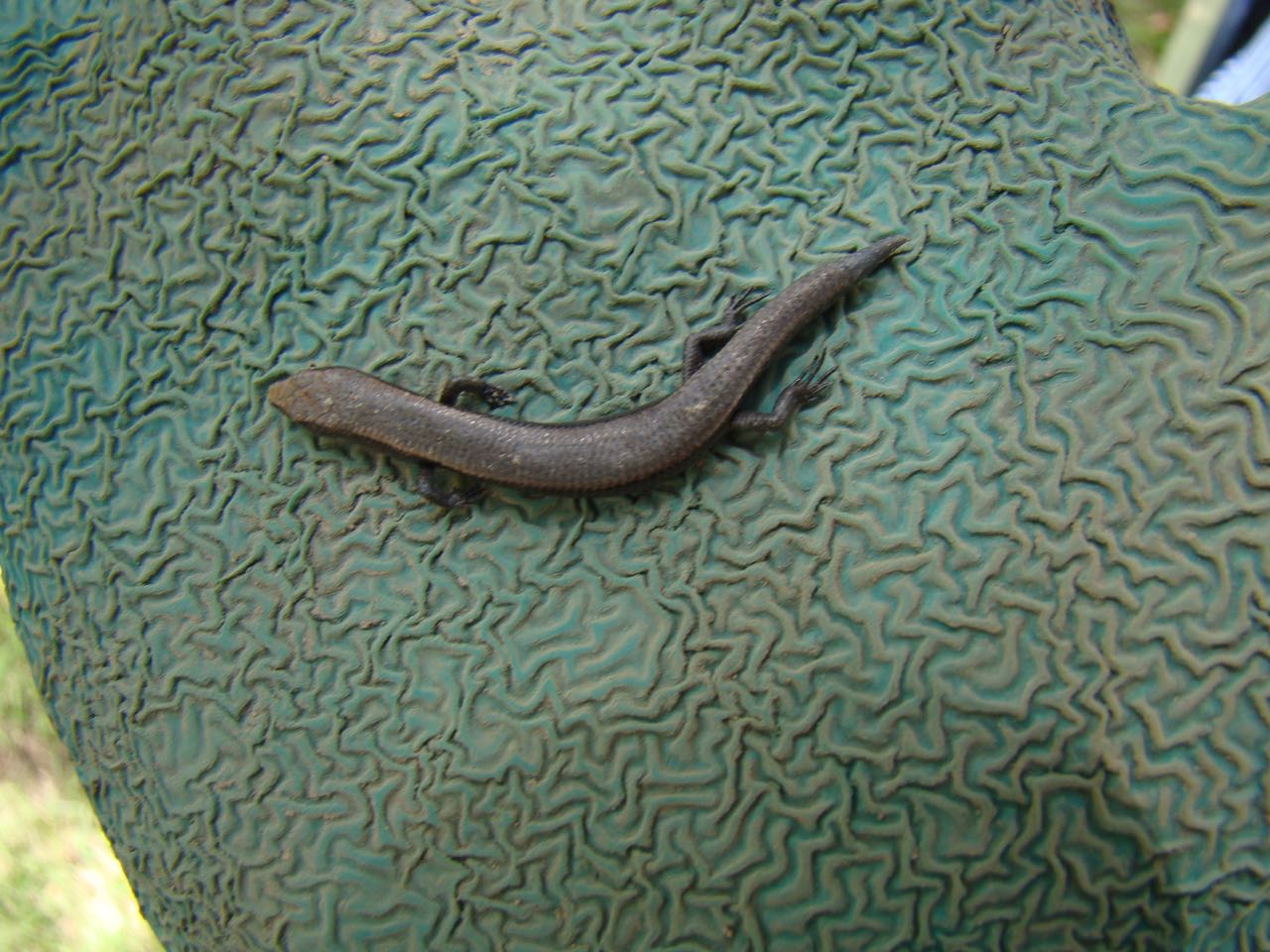 The little one we have no idea what it is. Some kind of skink. Maybe a Wood Mulch Slider (Lerista Muelleri). As you can see it has lost its tail at some time. Jen found in when digging up the veggie patch. She is adamant it moved but maybe it was wishful thinking. Dead as a doornail. Super cute though.