We aim to bake bread for breakfast, banana nut cake and cinnamon buns.

Since it is cold and there is nowhere to let the bread rise we will use the wood fired stove. It is not a stove per se but for heating the room.

So first bake the bread and let it yeast on said stove. It worked out pretty well. 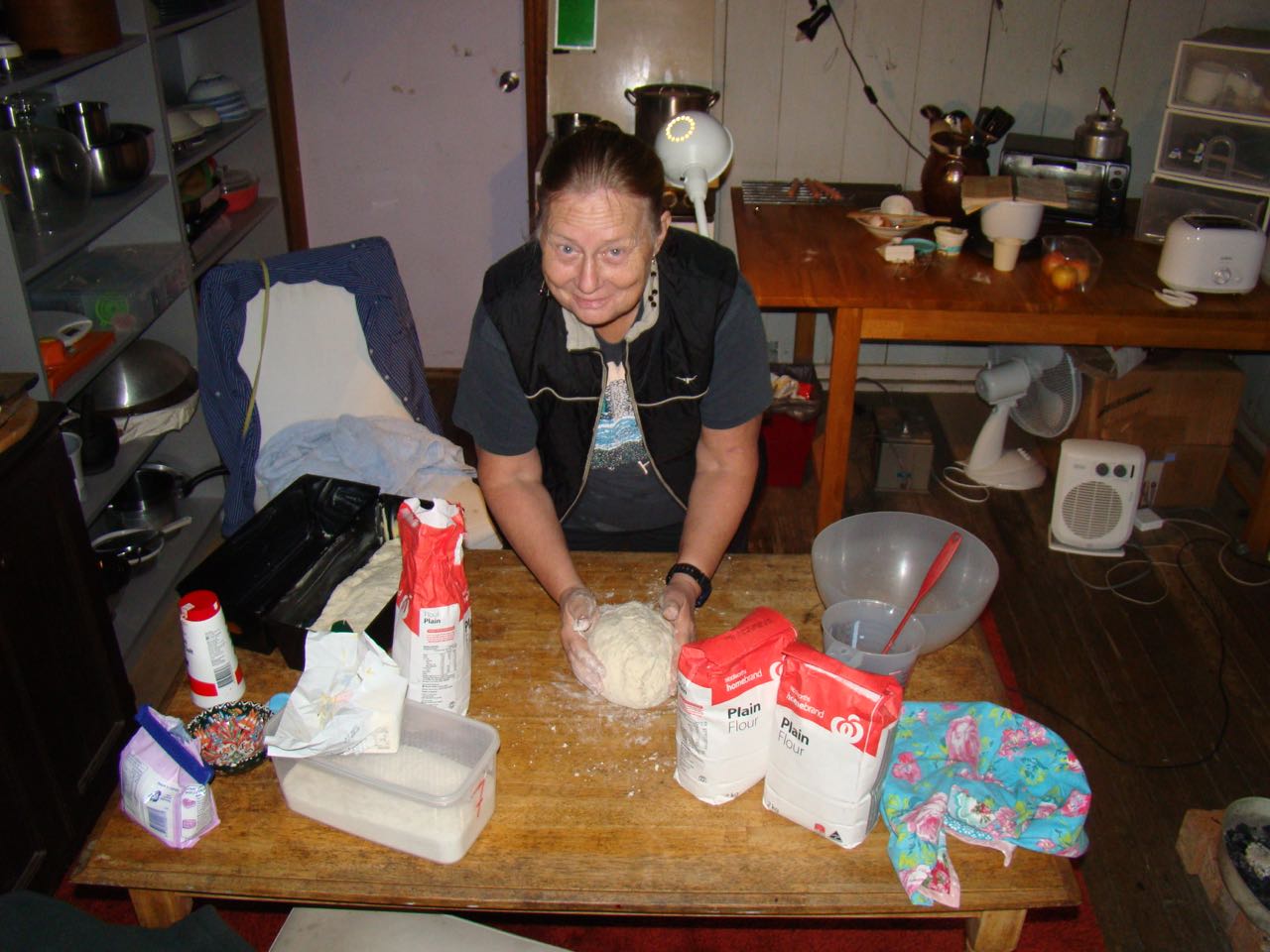 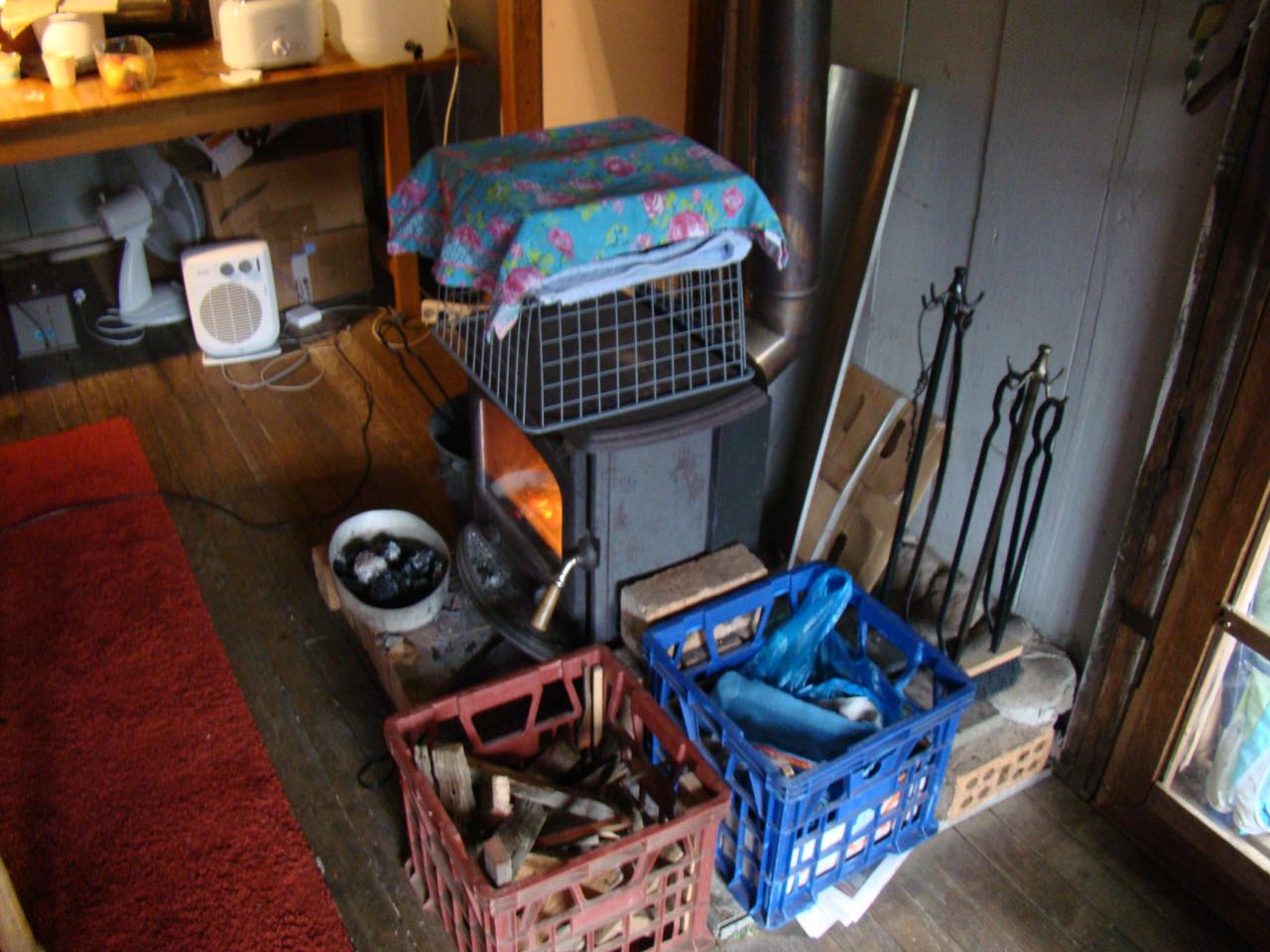 Meanwhile that went on we baked banana nut bread from the old Lynnewood School (Havertown) cookbook. It always comes out yummy. Mick is honing his baking talents on it.
While all that went on we also made lunch.
After lunch was time to bake the cinnamon buns. More fire in the stove but this time nothing happened in the yeasting process. Next time we will try with double the yeast packages. 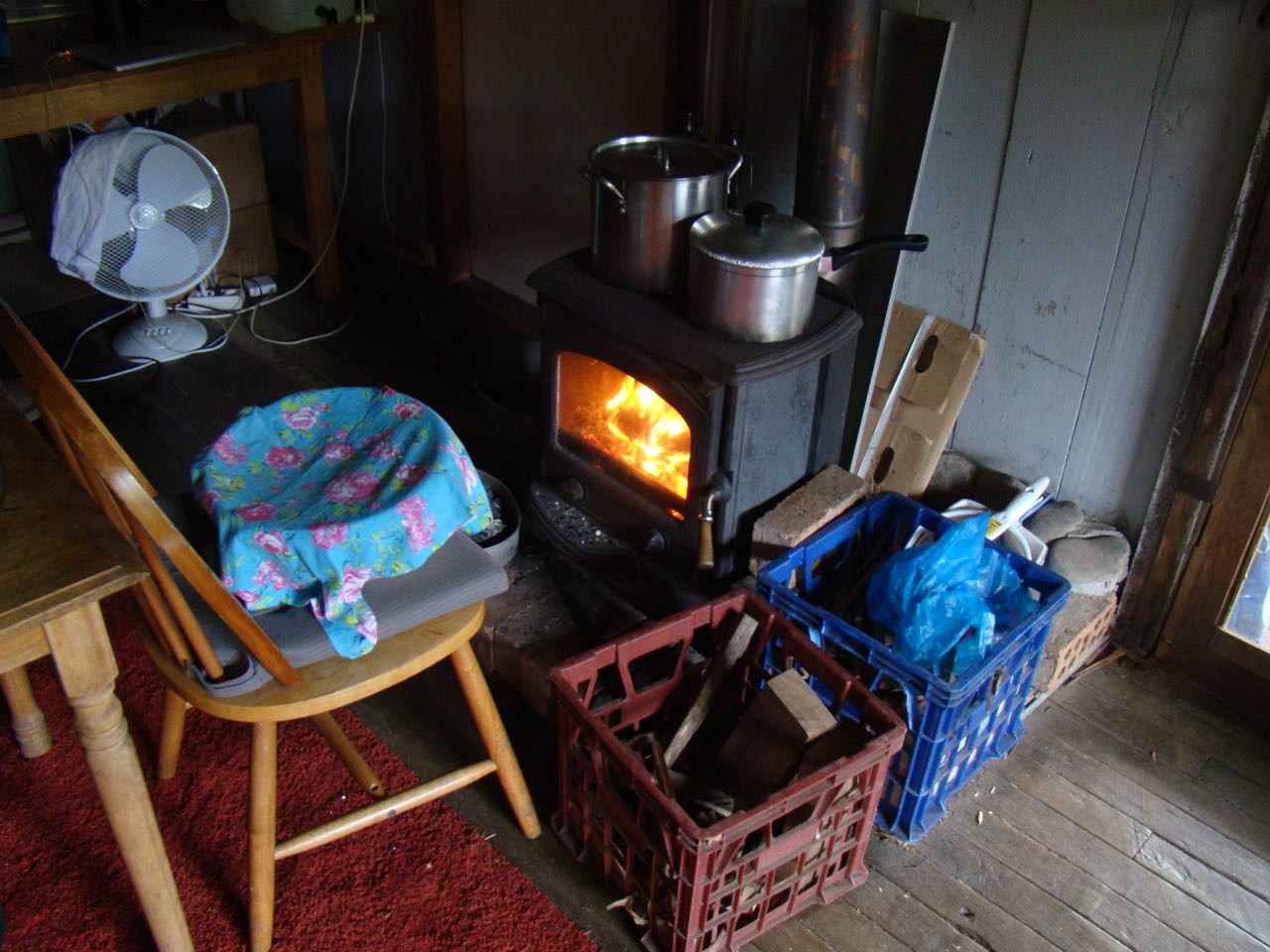 The dough just would not rise! So we made the buns and let them rise in the gas oven. That is not usually a good place when it is cold. This because there is such a big opening in the back to let air in for some reason. We inherited the gas stove with the house. We cannot find anything on it on the internet either. Anyway the butter melted out of them but we just went on. Half rised and baked and they tasted good. Phew!

Baking in the summer is much easier than in winter. In the other houses/apartments that we have lived in there is often a place that is warmer than the rest of the house, like a bathroom or where all the music apparatus sits or the boiler room but not here. Nothing of the sort. But we will not give up! 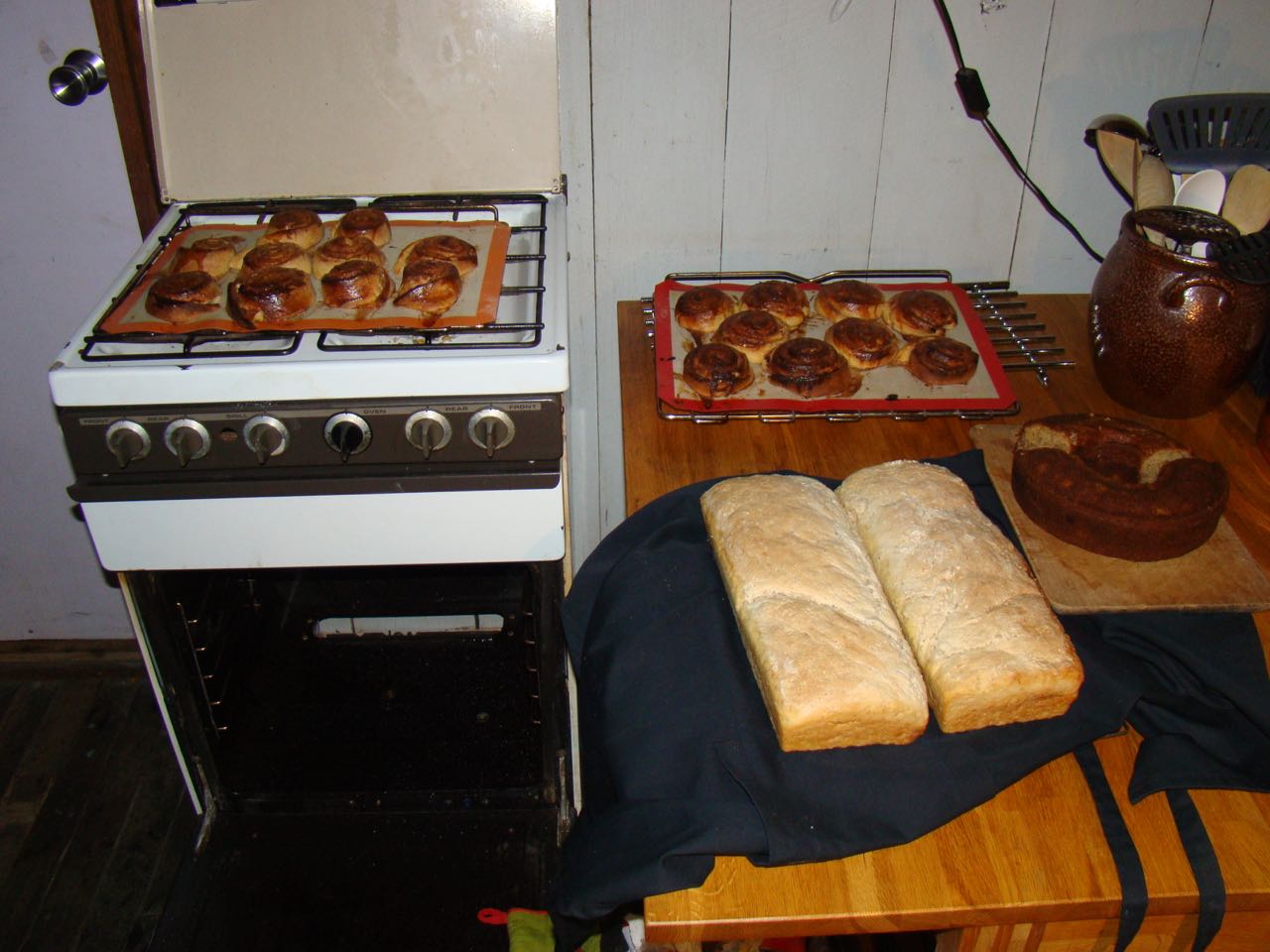 It was supposed to be showers today so baking would be totally apropriate but not a drop of rain! Just some dark clouds over Nulla Nulla. A bit of sun at 15:30.

There was no mouse in any of the traps this morning. One had closed though. Jen heard it at night. Early in the morning there were three animals climbing up the outside bedroom wall and in under the roof. So there are three mice or rats left or something else. Two big and one small.

Mick did some wood chopping.

Wet season ought to be over but it is still too wet to burn off along the roads.